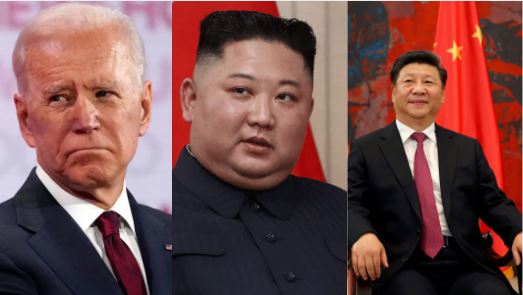 Biden administration’s eternal dilemma is that it wants to reinstate the Obama-era foreign policy in a world that has moved way forward. This approach for foreign policy and geostrategic relations is crippling the already strained US alliance structure right, left and center. The most shining example of the cataclysmic policy approach is the USA’s dealings regarding North Korea. At the end of the 2+2 security talk with their South Korean counterparts, Secretary of State Antony Blinken urged China to convince North Korea to denuclearise.

Under the Trump administration, the USA was succeeding in de-hyphenating North Korea from China. Donald Trump has undone the norm of reaching out to China for any possible talk with the North Koreans. However, the Biden administration’s attempt to go back to the Obama norm has pushed North Korea back into the Chinese kitty. If there was any reservation on this analysis, the latest comments by Antony Blinken should have removed any doubt.

Read More: Alaska Dialogue between US and China: The Biden Administration is walking straight into a land mine planted by Trump

Secretary of State Antony Blinken spoke at the conclusion of a high-level security meeting in Seoul with Defense Secretary Lloyd Austin and South Korean foreign and defence ministers. The first meeting of its sort in five years, the so-called “two plus two” meeting came as President Joe Biden pushed to rebuild America’s Asian relationships in the face of growing threats from China and North Korea.

“Beijing has an interest, a clear self-interest in helping to pursue the denuclearization of (North Korea) because it is a source of instability. It is a source of danger and obviously a threat to us and our partners,” Blinken told a news conference.

The Biden administration’s sycophancy surrounding the reinventing the Obama-era foreign policy is having all the adverse effects. The transition in the attitude of North Korea vis a vis its interaction with South Korea and the USA came exactly at the same time as Donald Trump moved out of office. Now, it seems the small window of opportunity where the USA could have eased tensions and removed any misunderstanding with North Korea is not available anymore.

The influential sister of North Korean leader Kim Jong-un has warned the US not to “cause a stink”, as President Joe Biden prepares to set out his Korean policy. And with this, North Korea is set to shed any semblance of independent foreign policy and will go back to the Chinese camp entirely.

Read more: The idea of a peaceful North Korea is officially over with Biden in the White House. The warning from North Korea suggests that

Since much of North Korea’s foreign trade passes through China, Secretary of State Antony Blinken said Beijing has an “important role to play” in persuading the country to denuclearize. Blinken emphasised that UN Security Council resolutions require China to strictly implement sanctions imposed in response to North Korea’s nuclear and missile tests.

Joe Biden in his efforts to undo any and everything that Donald Trump did, is ending up losing significant geopolitical gainst that the US had made under the leadership of Donald Trump. As a pronounced example, serving North Korea on a silver platter to the Chinese and instead of making efforts to come to independent bilateral talking efforts with North Korea, making China a party is like jumping into a sea with one’s hands and legs tied. And the result of such experiments is never pleasant.