The idea of a peaceful North Korea is officially over with Biden in the White House. The warning from North Korea suggests that 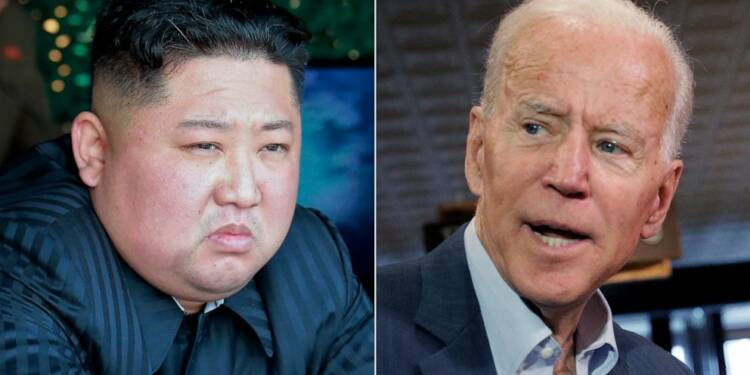 The Biden administration’s sycophancy surrounding the reinventing the Obama-era foreign policy is having all the adverse effects. The transition in the attitude of North Korea vis a vis its interaction with South Korea and the USA came exactly at the same time as Donald Trump moved out of office. Now, it seems the small window of opportunity where the USA could have eased tensions and removed any misunderstanding with North Korea is not available anymore.

The trip of the US Secretary of State Antony Blinken and Defense Secretary Lloyd Austin to meet their Indo-Pacific partners is being viewed from North Korea with scepticism. The influential sister of North Korean leader Kim Jong-un has warned the US not to “cause a stink”, as President Joe Biden prepares to set out his Korean policy. And with this, North Korea is set to shed any semblance of independent foreign policy and will go back to the Chinese camp entirely.

North Korea is least interested in talking to the Biden administration, which is why it has been ignoring the United States for over a month now. The same was revealed by a senior official from within the Biden administration, who said that Pyongyang has not been responding to behind-the-scenes diplomatic outreach since mid-February by President Joe Biden’s administration, including Pyongyang’s mission to the United Nations. It must be remembered that Biden, during his campaign last year, had called the North Korean supreme leader a ‘thug,’ who he would meet only if Pyongyang committed to denuclearising itself.

Read more: Trump was healing the Korean Peninsula, then came Biden. Now North Korea is back to where it was

Before becoming President, Biden had already played his cards. Now, Kim Jong-un realises that talking to the US for at least the next four years will be fruitless, as Biden will drone on and on about how North Korea could denuclearize. Unlike Trump, who was more concerned with bringing stability to the Korean Peninsula before determining what he wanted Pyongyang to do, Biden has set preset conditions that Kim refuses to recognise.

Earlier last year, during the days of the Trump administration, when China was feeling the heat of an aggressive US President, and the free world was decoupling from China, Beijing’s diplomatic clout was getting watered down significantly. North Korea’s dictator Kim Jong-un too showed signs of drawing distance from the People’s Republic of China. As a part of the changing geopolitical dynamics, Kim Jong-un even offered a rare apology for the killing of a South Korean civilian official near the disputed sea border of the two countries.

Read more: Kim Jong-un issues a rare apology. Is North Korea is warming up to the West and allies as China gets weaker?

In another incident, we were able to witness a soft side of the North Korean leader Kim Jong-un. Last year while addressing his countrymen, tears rolled out of Kim’s eyes as he thanked the troops for their sacrifices and apologised to citizens for failing to improve their lives. He stated, “My efforts and sincerity have not been sufficient enough to rid our people of the difficulties in their life,” he said. “Our people, however, have always believed and absolutely trusted me, and supported my choice and determination, whatever it is.” The humanization of the North Korean leader was being seen as an attempt by the North Korean regime to normalize the leader and make more interactions with the world.

Read more: The message behind Kim’s tears- North Korea doesn’t want to point missiles at the US any longer

All this progress evaporated instantly as Joe Biden made no efforts vis a vis North Korea. Pyongyang has yet to acknowledge that President Biden is now in office.

The two countries remain at loggerheads over the North’s nuclear and ballistic missile programmes. Kim Yo-jong was quoted in the official Rodong Sinmun newspaper as saying: “A word of advice to the new administration of the United States that is struggling to spread the smell of gunpowder on our land from across the ocean. “If it wants to sleep in peace for [the] coming four years, it had better refrain from causing a stink at its first step.”

She reiterated her country’s opposition to the joint military exercises – which North Korea describes as preparations for invasion – saying: “The South Korean government yet again chose the ‘March of War’, the ‘March of Crisis’.”