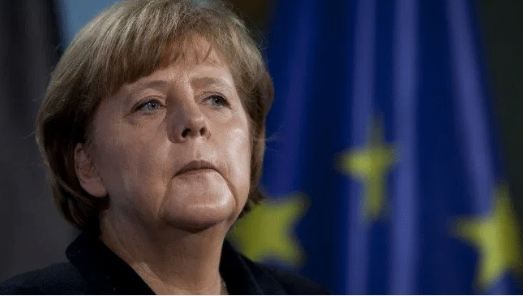 Germany seems to be on route to welcome one of the most far-left governments in Europe, as the regional elections in Germany showed that people have very little faith in the new CDU Chief Armin Laschet.

Laschet’s unpopularity is alarming because of the fact that socialists and left-wing parties are seeing a rapid rise in their popularity. CDU, the traditional left-leaning party of Germany under the leadership of Angela Merkel has slowly moved towards leftist policies and thus has failed to differentiate itself from the true left-leaning parties in Germany. If the regional elections and various popularity polls are an indication of the federal elections in September, then Germany is headed straight down towards a leftist hell hole. 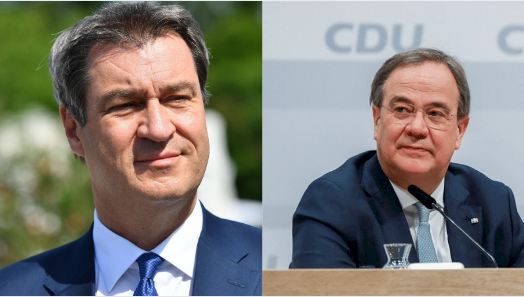 According to a new poll released on Sunday, only a minority of Germans favour Armin Laschet as the conservative candidate to replace Angela Merkel in elections later this year.

In January, Laschet, the premier of the state of North Rhine-Westphalia (NRW), won a three-way race to lead the Christian Democrats (CDU), the party of outgoing Chancellor Angela Merkel.

According to a poll conducted by pollster Civey, after taking the reins of the CDU, just 12.1 per cent of Germans believe he should run as the conservative candidate. According to the poll, which was conducted for the Munich-based Focus magazine, 43 per cent of Germans favour Markus Söder, Bavaria’s premier who also chairs the Christian Social Union Party in the southern state (CSU).

Read More: Macron has got a new European partner to corner Germany and take over the EU leadership

While Laschet’s party, the CDU, has been a conservative party, Merkel’s stamp is now flowing through it with major left-liberal policies becoming a mainstay in the German elections. Laschet is known to be an ardent follower of Merkel and is supposedly going to follow her footsteps and policies if he is elected the next chancellor. But on current trends, it seems very unlikely.

Meanwhile, Germany’s left-wing party, the Green Party seems to be enjoying the most in the current scenario. Germany has been open to illegal immigration due to Merkel’s increasingly left growing policies over the years, but now Germany seems headed to become a leftist centre in Europe.

The Green Party is being touted as being the kingmakers in the upcoming elections which will allow them to be able to wield much power in the Bundestag. During the regional elections in prosperous Baden-Württemberg, the heartland of the car industry in the country, the Green party took 32.6 per cent of the votes. In south-west Rhineland-Palatinate, according to preliminary results, the Greens more than doubled their seats in the state legislature by 9.2%.

It contrasted sharply with the Christian Democrats of Chancellor Angela Merkel that posted their worst election results in either region. While the political personality behind local votes makes it difficult, senior Christian Democrats characterise weekend results as a ‘wakeup’ call to draw broad conclusions about the federal elections in September.

Peter Matuschek, a political analyst with pollster Forsa, said, “What is very obvious in terms of this year, is that the major federal opposition will be the Christian Democratic and the Green parties. The Greens are likely to be the royalist.”

Read More: Germany believed that it will finally get a China Hawk after Merkel, but another Chinese poodle is ready for Germany’s top job

And they may take the crown as well. After 16 years of opposition, the Greens were second nationwide, observers gradually regarded the Christian Democratic Union (CDU) as a possible junior coalition partner after the Merkel period.

If the Green’s do supposedly take the crown, they will push their left agenda unfiltered and unchecked. Recently the German chemical producers’ trade association VCI slammed the Green Party’s proposed agenda for the country’s upcoming federal elections in September this week. VCI has established ten crucial areas on which the next government should concentrate in order to improve the country’s role as a chemical and pharmaceutical manufacturing hub.

But it is not just the traditional and chemical energy policies that the Greens would affect adversely. Taking a cue from the current left-leaning government across the pond in the USA of the Biden administration, the greens could further open the gates to illegal immigrants.

Allowing illegal immigration across Germany and pushing European states to follow in Germany’s footsteps was a key policy decision of Angela Merkel and the CDU. With the Green’s slated to play a predominant role in the formation of the government in the upcoming federal elections, Germany is headed straight for the black hole of a leftist government that will push its left agenda up to the hilt.

Moreover, geopolitically it could have grave repercussions for the European Union and Germany as a left-leaning party would further allow the Chinese Communist Party to play a major role in German development. Suddenly German streets would be flooded with low-quality Chinese scrap.

Angela Merkel’s gradual shift into the left spectrum has made Germany the centre of leftist ideas once again after centuries since a certain German, born during the reign of the Prussian Empire, wrote the Communist Manifesto.

The paranoia of Big Tech: Social media platforms remove Trump’s interview because it had …. well …. his voice