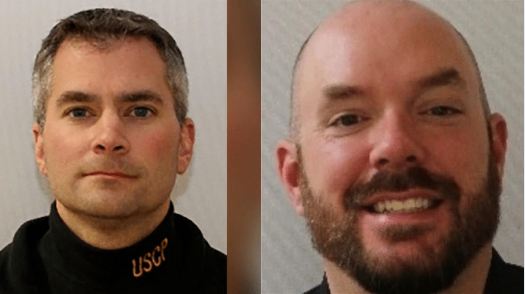 On 6th January, a sad day for democracy, the Capitol Hill riots occurred. An officer was killed in the line of duty. His name was Officer Brian Sicknick. The Democrats used his death to demonise the whole white race and the Republican supporters. On Friday, another officer was killed on Capitol Hill by a radical Islamist. An ardent follower of the hate group “Nation of Islam” rammed his vehicle on Officer Evans of the Capitol Police Force. But the Democrats are silent and the mainstream media is sweeping his death under the carpet, while at the same time using it to reiterate hate against the white race.

While the Democrats had extensively cracked down upon so-called white supremacists, their alleged ties to an organisation that feeds on racial superiority is downright partisan politics. The attacker this time was Noah Green, an ardent Nation of Islam follower, a group that believed in the racial superiority of the blacks. But there has been muted sympathy for the officer or criticism of the organisation from the Democrats because selective criticism is the only way the Democrats can toe their political lines.

The invasion of Islamic ideas into Liberalism is justified by the Democrats as the inclusion of ideas. But their silence on matters of violence caused by Islamic radicalisation needs to be criticised. While pushing their agenda of a radicalised liberal society, they leave no stone unturned to criticise former President Donald Trump for his occasional racial slurs. But now, these Democrats are silent when an officer was killed by the proponents of radical Islam and a believer of the racial superiority of the blacks.

This form of a corrupt liberal-left idea of inclusion and selective criticism which has been promoted by the Democrats has become a front for Jihadists, radicals, militants and terrorists to promote their extremist ideas under the cover of Freedom of Speech.

Though the White House sympathised with the death of the officer, they refused to acknowledge that an Islamist was behind the attack. The Police department acted quickly to subdue that this attack was perpetrated by someone who was influenced by the radical Islamist group “Nation of Islam.”

The hypocrisy of the Left-liberalists values was on full shameful display during the Black Lives Matter protests. The violence in the protests was “defended and romanticized”, going on length to justify them and even comparing them to the “French Revolution”.

Read More: Democrats deployed forces to stop white supremacists, a capitol cop was gunned down by a Nation of Islam follower

According to the Southern Poverty Law Center, the Nation of Islam has gained a “prominent spot in the ranks of organised hate.” The SPLC was founded in 1930 and, according to its website, “has grown into one of the richest and best-known organisations in black America. Its bizarre theology is of inherent black dominance over whites.”

From 1952 to 1964, Malcolm X was a leading member of the group. According to the SPLC, Farrakhan “weathered the storm” and “managed to build a powerful base inside the Country” after Malcolm’s assassination in 1965.

Senator Raphael Warnock of Georgia, a Democrat, has also praised Farrakhan’s organisation. The Nation of Islam’s “voice has been significant for the advancement of Black theology,” according to Warnock in 2013.

The Democrats have always pushed their perverted version of left-liberalism and continue to do so at the cost of the basic white American citizen. Now a President influenced by the ideas of the same corrupted left-liberalism sits in the oval policies. His policies, statements, remarks and a complete disregard for the rights and well-being is alarming and is pushing America right to the brink of a cultural war for supremacy.