H&M angered Vietnamese to please the Chinese. Now they are being boycotted in Vietnam too 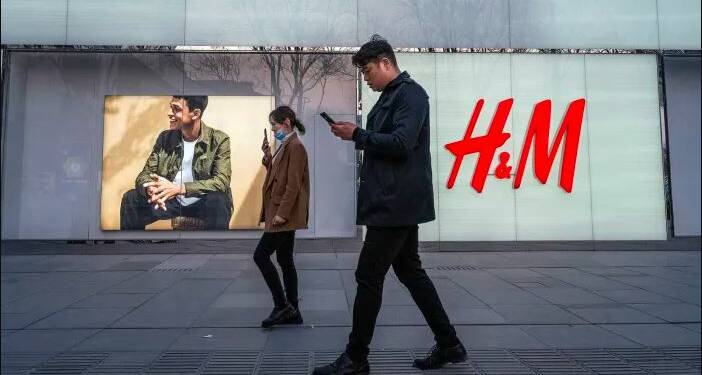 H&M’s attempt to mend fences with Chinese consumers who became irritated by its anti-forced labour stance appears to have sparked a new boycott in Vietnam. Following travel and financial restrictions placed on officials by the United States, the European Union, the United Kingdom, and Canada last week, the CCP slammed H&M, Nike, and other shoe and clothing brands.

Following its announcement on forced labour in Xinjiang, Swedish fashion retailer H&M was forced to close 20 stores in China, causing outrage among Chinese citizens and authorities. According to the South China Morning Post, Chinese media have called for boycotts of Swedish multinational retailer H&M, sports apparel behemoths Nike and Adidas, New Balance, Burberry, and other members of the Better Cotton Initiative (BCI) that have expressed concerns or vowed not to use supply chain components manufactured in Xinjiang. H&M, wary of losing business in China had tried to placate the situation but it has now backfired as Vietnamese media are up in arms against the Swedish clothing brand.

After posting a map on its website depicting islands in the South China Sea as Chinese territory, the Swedish fashion retailer attracted Vietnam’s wrath. This is because Vietnam also has a claim to the islands. According to Vietnamese media, H&M updated the map at the request of Chinese authorities.

Authorities in Shanghai said last week that they summoned H&M’s local unit to fix a problem with a map on the company’s website, but it is still unclear if this is the same map that has Vietnamese people angry. In Vietnam, photos of a crossed-out map of China next to a map of Vietnam indicating Hanoi’s claims to the islands have been circulating on social media, with users requesting an apology or the closure of the company’s 11 stores in the Southeast Asian region.

After multiple international brands started accepting goods made with cotton from Xinjiang due to allegations of human rights and labour violations in the Muslim-majority region, the company has been attempting to win back customers in China, where it has become a lightning rod for public outrage. After the controversy erupted, it has been the target of boycotts, and a number of its physical stores have been forced to close by landlords. H&M stores have also vanished from Baidu Maps, a popular mapping service, and Didi Chuxing, a ride-hailing website.

In Vietnam, the territorial conflict in the South China Sea is a hot subject. Despite the United States’ frequent calls for freedom of navigation in the region, which European powers have recently echoed, Hanoi has been one of, if not the most, outspoken governments opposing Beijing’s claim to control most of the sea.

The conflict is not just about the government’s interests. When regional maps are written, the Vietnamese public pays close attention to how the islands are depicted. The backlash has erupted in response to perceived slights from a variety of organisations, ranging from the Hollywood film “Abominable” to the maps in Beijing’s passports. In September, the US Embassy in Hanoi was accused of misrepresenting the territorial question when it posted a map of Vietnam with the islands on Facebook, only to later delete the archipelagos.

Although the uproar in Vietnam adds to H&M’s recent Asian woes, the retailer is only one of several multinationals embroiled in the Xinjiang debate. Nike, Adidas, Burberry, and other brands are juggling the need to keep Chinese customers while still adhering to Western legislation prohibiting forced labour and other human rights abuses. In March, the United States, Canada, the European Union, and the United Kingdom all placed sanctions on China, citing human rights abuses against Uyghur Muslims.

H&M’s attempt to placate China has backfired. The outrage against the company continues in China while now the Vietnamese have also started to boycott their products. H&M tried to placate the CCP by venturing into global geopolitics, especially in a critical region that has many players i.e. the South China Sea and now while the boycott has started in Vietnam, it would not be long before other states in the region boycott H&M too and there are too many of them.