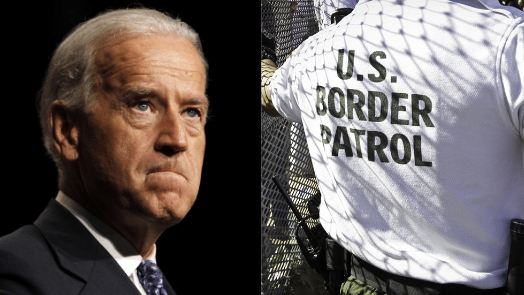 Within the last two months, US Border Patrol agents assigned to the El Centro Sector detained two Yemeni men who were on the terrorism watch list. Biden’s immigration policy has been a tremendous failure. The surge at the Border has attracted many different types of people to slip into the United States undetected including Terrorists. The Biden administration definitely does not want people to know that terrorists are freely entering the United States, that is why they will not address the issue because of their President’s hate for his predecessor.

On January 29, at about 1:10 am, agents assigned to the El Centro Station detained a man for unlawfully entering the United States. The man was apprehended about three miles west of the Calexico Port of Entry and taken to the El Centro Detention Center for immigration and criminal background checks. Agents checked records and discovered that the man, a 33-year-old illegal alien from Yemen, was on both the FBI’s Terrorism Watch List and the No-Fly List.

As of the morning of Tuesday, April 6th, the US Customs and Border Protection had deleted the information posted on the website. The original release went up on April 5th but was pulled down by Tuesday morning.

Agents have discovered a cellphone SIM card concealed under the insole of his foot. The man was handed over to Immigration and Customs Enforcement (ICE). On March 30, around 11:30 p.m., agents assigned to the El Centro Station detained another man for unlawfully entering the United States. The man was apprehended about two miles west of the Calexico Port of Entry and taken to the El Centro Detention Center for immigration and criminal background checks.

The guy, a 26-year-old illegal alien from Yemen, was also on the FBI’s Terrorism Watch List and the No-Fly List, according to records checked by agents. “We will protect the nation from terrorists as part of the Border Patrol’s mission,” said Chief Patrol Agent Gregory K. Bovino. “Our agents did that today, as they do every day. These arrests at our border highlight the significance of our mission and how we must never lose sight of our daily mission to protect this wonderful country.”

As soon as President Joe Biden assumed office, he did away with Trump’s immigration policies. Without proper consultations and justification to further his political agenda, Biden re-opened the borders in the south allowing a flood of immigrants which Trump had kept out. Biden’s immigration policy has turned out to be a disaster for the United States.

Terrorists are moving north into the United States and instead of owning up to their mistakes, the Biden administration is pulling the reports down. They are scared of the repercussions of their political agenda which is making the United States a criminal and terrorist haven with each passing day.

MLB moved a game from a 51% black city to a 9% black city with existing voting laws. Bravo