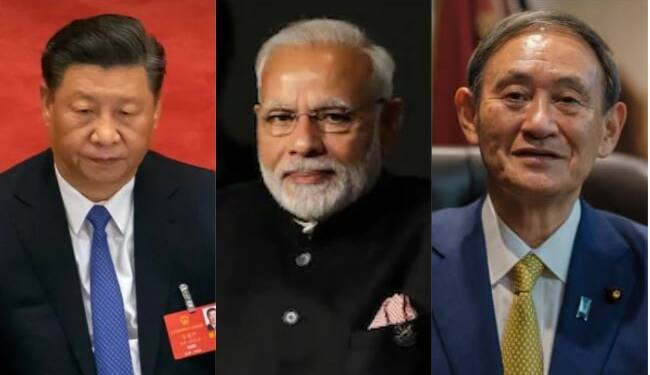 Andaman and Nicobar Islands – which are a terrestrial chain consisting of 524 islands sovereign to India, are all set to turn into a nightmare for China. The islands have always been India’s biggest asset in the Indian Ocean, while also serving as the country’s eyes when it comes to keeping a check on Chinese activities across the Strait of Malacca and thereafter, across the Indo-Pacific. The Andaman and Nicobar Islands, incidentally, were gifted to India by Japan in 1943, upon the insistence of visionary Indian freedom fighter Netaji Subhas Chandra Bose.

Netaji Subhas Chandra Bose had, during World War II itself, realised the extraordinary significance of the Andaman and Nicobar Islands. Now, India and Japan are partnering to weaponise these islands. Historically, India has not been very welcoming to the idea of foreign powers playing an active role in the Indian Ocean, particularly in the region surrounding the Strait of Malacca. Yet, recent Chinese belligerence across the Indo Pacific and in South and Southeast Asia has forced countries to take radical decisions. India and Japan are no exceptions.

Therefore, for the first time, India has allowed Japan to make a humongous investment in the islands, via an official development assistance (ODA) project, paving the way for Japan to put in over ¥4.02 billion, or ₹265 crores in investments to the island chain.

The project undertaken by Japan would improve the power supply in the islands, while also stressing the strategic geopolitical location of the islands for an open Indo-Pacific. A report by Nikkei Asia suggested the tremendous geopolitical significance of the development. Already, India possesses the ability to block all supplies to China which pass through the Strait of Malacca – a strategic chokepoint connecting the Indian and Pacific Oceans just south of the Andaman and Nicobar Islands. Almost all essential Chinese supplies, including China-bound oil, must cross the Strait of Malacca.

The Andaman and Nicobar Islands overlook this chokepoint and India has always considered the many islands in the chain as immovable aircraft carriers which will play an immense role during conflicts with China. Now, Japan is also getting involved in the islands, at a time when China is challenging Tokyo’s sovereignty over the Senkakus in the East China Sea. Can you join the dots now?

India and Japan are therefore visibly taking on China to thwart all Chinese ambitions in the Indian Ocean. With their cooperation in the strategic island chain, however, the two countries can pose an existential threat to China as well. The Indian Ocean will now most certainly be out of bounds for China. However, now India and Japan can also keep a continuous tab on all Chinese military activity via the Strait of Malacca, and consequently, its machination in the South China Sea.

According to Nikkei Asia, for militaries tracking Chinese submarines, one important opportunity to track the secretive vessels is when they pass through the Malacca Strait, moving from the South China Sea into the Indian Ocean. The shallow waters and crowded sea lane force submarines to surface while passing through the world’s most critical chokepoint. Until now, it was India alone that was keeping a major tab on such activities via the Strait of Malacca, apart from, of course, Malaysia and Indonesia. 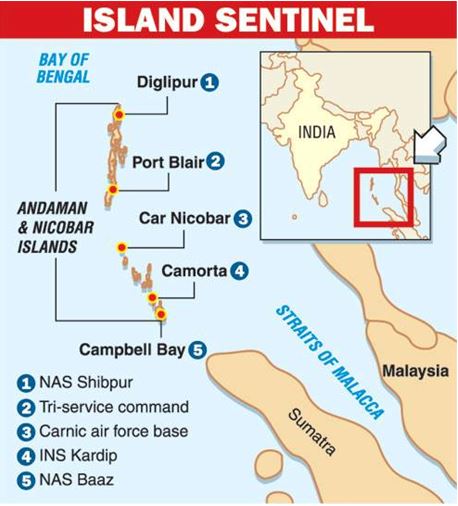 The Japanese investment in the Andaman and Nicobar Islands is among the very first the island chain is set to witness. In the times to come, Japan and India will most definitely strengthen their partnership and cooperation in the Andaman and Nicobar Islands, posing a severe challenge to Chinese expansionism and belligerence. Now that India has opened the avenues for Japan to partner with it to preserve the sanctity of the Indo Pacific, the sky is the limit for the two countries. For so long, although Japan under former Prime Minister Shinzo Abe was interested in partnering with India in the Indian Ocean and across the Indo-Pacific, New Delhi was sceptical. Tensions with China of late, however, have convinced India that the Communist threat must be culled and that partnering with Japan is essential for the same.

Indian Prime Minister Narendra Modi and former Japanese PM Shinzo Abe shared a tremendous personal rapport. The same has now been carried over to Prime Minister Yoshihide Suga, who is realising the dreams of his predecessor by allying with New Delhi in the Indian Ocean and across the Indo-Pacific. As a matter of fact, Japan is sincerely working towards taking on China, and according to Nikkei Asia, is about to deploy F-35B fighter aircraft near the Senkaku Islands by 2023. This comes after China, stepped up aggression against Tokyo in the East China Sea. The announcement of investment by Japan in the Andaman and Nicobar Islands also comes after Chinese belligerence in the East China Sea witnessing an unprecedented spike.

Both India and Japan have realised the importance of their islands, and are all set to weaponise them in order to take on the China threat. What remained thus far a mere tourist destination will now be turned by India and Japan as a formidable asset to obliterate China and its sorry excuse of a military.