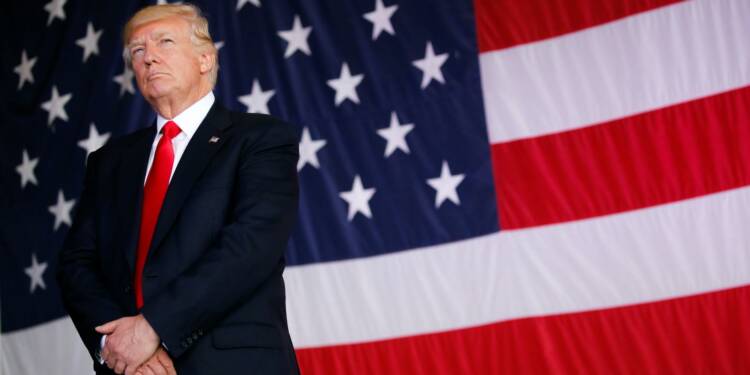 Former President Donald Trump grew poorer during his four years as President, contrary to the claims of liberals and Democrats that the Republican was using his power and position as President to unlawfully benefit and prioritise his business interests. Donald Trump has been accused of multiple conflicts of interest, although the facts now have come to reveal otherwise. According to the Forbes annual billionaire list, Donald Trump’s net worth shrank by nearly one-third over his four years in the White House. In 2017, Trump’s first year in office, the former president’s net worth was an estimated $3.5 billion, or nearly 32 per cent more than what it is now.

In its 2021 rankings, Forbes has placed Donald Trump at 1,299th position, with an estimated net worth of $2.4 billion. That is a rather big tumble for the former President, who only in 2020, secured the 1,001st position. The statistics prove that Donald Trump did not gain monetarily from his presidency, in fact, he lost over $1 billion in wealth due to it. Yet, the man has never been remorseful of losing such a large chunk of his wealth – since it was lost at a time when his energies and focus were entirely directed towards making America great again.

The United States has 614 billionaires. Out of the 614 billionaires in America, Donald Trump is perhaps the only one who risked his own wealth by the billions for the sake of his nation. While at it, Donald Trump made it a point to live up to his promise of making America great again, even if the same required personal sacrifices of the magnitude of losing $1 billion in wealth. Donald Trump also, while serving as President, did not accept a salary, as he saw the post as means of serving the nation.

Trump could have invested all his capital before assuming the Presidency, and that would have made him much richer today. Donald Trump’s reign saw the American markets booming, from which the President could have personally benefitted as well. However, he chose not to, in order to not look like a president who was working towards multiplying his own wealth via the market. While suffering severe wealth depreciation due to the presidency, Donald Trump never complained that he was getting poorer due to the job he was doing because the presidency was never really a job for him, rather, means to serve his country and its people and ensure that wealth is created for them on a priority basis.

Read More: CNN loses nearly half of its viewership after Joe Biden steps in as President, its only saving grace has been Donald Trump

According to Dan Alexander, senior editor at Forbes covering Trump’s businesses, had the former president sold off all his assets in 2017 and invested in the stock market, he would have been $1.6 billion richer now. Over the past year, billionaires have multiplied at a striking rate, with a record 493 people joining the Forbes’ billionaires list since March 18, 2020. That’s a pace of around one new billionaire every 17 hours. The United States itself added 98 new billionaires over the last year, including celebrity Kim Kardashian and Apple CEO Tim Cook.

Although liberals and Democrats have projected Donald Trump as the devil incarnate, the reality is that the man served the United States, while costing a fortune to himself and his business empire. As President, Donald Trump was not able to concentrate on his business empire – the effects of which have now become manifest. Yet, he gave in all that he had to in order to make America an economic powerhouse with booming markets. His economic policy was incredible and raised the standard of living for many Americans. Trump was industry-friendly and protected the American economy from China and other hostile foreign powers.

Read More: For the first time in history, a CCP five year plan is based on a foreign leader. And that’s Donald Trump

On the other hand, Joe Biden, who is heavily compromised by China, is continuously keeping himself above the nation. At any given moment, news erupts of the President vacationing and chilling out at Camp David, while a multitude of grave issues continue to face the country. The Biden administration is trying to discredit reports of Hunter Biden being involved with China and using his father – then the VP, to pursue deals with conflicts of interest. On the economic front, Joe Biden is a disaster. On the foreign policy front as well, Biden is keeping his own biases over and above American interests.

Yet, since Donald Trump was not a liberal and a leftist, the man was constantly demonised. The fact remains that what Trump did for the country, while enduring great personal losses, would not be done by any ordinary citizen who keeps himself/herself above the American nation. Trump, however, was a special and super-patriotic man, who without any complaints, accepted financial losses only for the betterment of the United States.

‘If US is so bad, why is your family living there?,’ Chinese people slam Chinese official who thrashed US