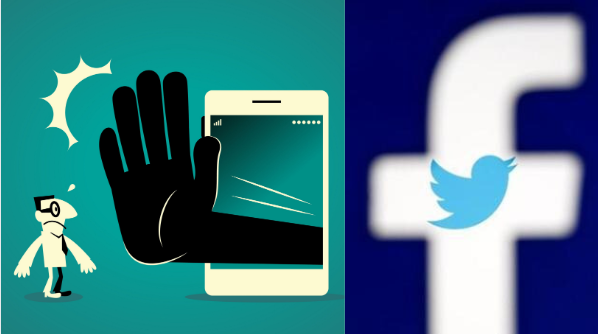 Big Tech and the social media giants are working extra time to save their own. Just recently the story of BLM’s co-founder’s wealth and her hypocrisy gained a lot of eyes and then came the CNN expose, both of which we have covered at TFI. However, the news has not gone down well with the left liberals and their cabal and as a result, Big Tech has banned these two huge stories this week.

Project Veritas Founder James O’Keefe said he will sue Twitter for defamation after the social media platform permanently suspended O’Keefe’s account on Thursday. While on the other hand, Facebook has barred users from sharing a New York Post report from last week about the controversial property acquisitions by Black Lives Matter co-founder Patrisse Khan-Cullors.

Patrisse Khan-Cullors, the leader of the Black Lives Matter (BLM) movement is a self-proclaimed Marxist. As a Marxist, you would expect the social activist to be leading a normal, average and middle-income life. But wait, it’s the Black Lives Matter movement that we’re talking about here. BLM is flush with cash. Its sources of income are so complex and so tedious to unravel that normal individual would rather not get their hands on the decentralised organisation’s books. BLM, which spread anarchy across the United States last year under the garb of protests, has now been exposed for what it really is.

BLM is a scam, which is duping donors only for its leaders like Patrisse Khan-Cullors to land themselves expensive, elite properties in Los Angeles. You read that right! Patrisse Khan has just purchased a $1.4 million home in an exclusive Los Angeles neighbourhood where the vast majority of residents are White. Do you want to know how White Patrisse’s new neighbourhood is?

Well, it has over 88 per cent of Whites living there! And now the social media giants are working extra time for stopping the spread of this story any further. Users of the social media giant noticed on Thursday they could not share the link to a story that shed light on Cullors’ multi-million-dollar splurge on homes. Fox News confirmed that an error message appears whenever users try sharing the article on their personal Facebook page or through the Messenger app.

On the other hand, in the case of Project Veritas Founder O’Keefe, the permanent suspension follows the publication of a series of video recordings by the undercover journalism nonprofit as part of a CNN exposé. Top CNN executives agree that the network’s coverage of President Donald Trump and other topics is “propaganda,” according to recordings released this week.

As earlier reported by TFI, in a secretly filmed video by Project Veritas, a CNN employee revealed that his network produced “propaganda” to oust former President Donald Trump during the 2020 presidential election — and boasted about their performance. Throughout the 2020 presidential election, it became clear that there is a big nexus at work to get a Democrat President into the White House. CNN’s technical director could not keep shut over CNN’s ‘achievement’ in getting Trump out and spilled the beans.

The banning of these two stories should come as a reminder to those who think that big tech cannot harm the society and the democracy of the USA. It is a cult, either you are with them or against them, and there is no place for nuance.

During BLM, American cops had Trump’s support to go against rioters but in Minnesota they can only defend themselves