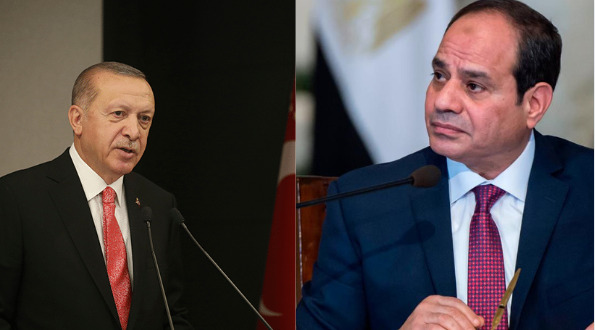 Foreign Minister Mevlut Cavusoglu said on Thursday that Turkey would send a delegation to Egypt in early May, headed by its Deputy Foreign Minister, as Ankara steps up efforts to mend strained relations with Cairo after years of hostility.

Over the last month, Turkey is overtly positioning itself against Iran to get into the good books of the long-standing US allies in the Middle East & North Africa (MENA) region. Turkey has attempted to warm up the UAE and Israel diplomatically. Turkey is trying to find a common ground with the Arabs and Israelis. And on that note, Turkey has now also started to improve its relations with Egypt, and this could have huge ramifications for Iran and the US.

The United States, under the Biden administration, has been pushing Iran to return to the JCPOA nuclear deal despite huge opposition from Israel and other Arab states. Turkey’s move to improve relations with Israel and the Arab world could leave Iran and the US isolated in the middle east.

Last month, Turkey announced that it had restored diplomatic relations with Egypt and wished to expand cooperation, eight years after the links had deteriorated following the Egyptian army’s 2013 overthrow of a Muslim Brotherhood president close to Ankara.

A loosening of relations between regional powerhouses could have ramifications all over the Mediterranean. They’ve supported opposing sides in Libya’s civil war and made contradictory maritime agreements with other coastal states. However, Cavusoglu said on Wednesday that a new era in the Turkey-Egypt relations had begun.

Cavusoglu told NTV that Cairo had invited the Turkish delegation to visit Egypt in the first week of May to discuss bilateral relations. After those talks, he said, he will meet with Egyptian Foreign Minister Sameh Shoukry, whom he spoke with over the weekend.

“The Egyptian side invited a delegation from Turkey to their country in the first week of May. The conditions between us have matured, meetings could continue,” Cavusoglu said.

To normalise relations, Cairo has said that Turkey’s activities “must demonstrate conformity with Egyptian values.” Ankara asked Egyptian opposition TV channels broadcasting in Turkey to tone down their criticism of Cairo last month, in the first tangible move toward defusing diplomatic tensions.

With the disastrous foreign policy of Joe Biden, the Arabs and Israelis are trying to come together to form a security and military alliance. Turkey understands that it is better to side with these countries rather than be a one-off country in the region that is coerced by the USA on one hand and face Iran on the other hand. Turkey understands this and that is why its next step is to improve relations with Egypt and work on it has already begun.

Biden never wanted to pull out of Afghanistan at any cost, but Trump had left him no options