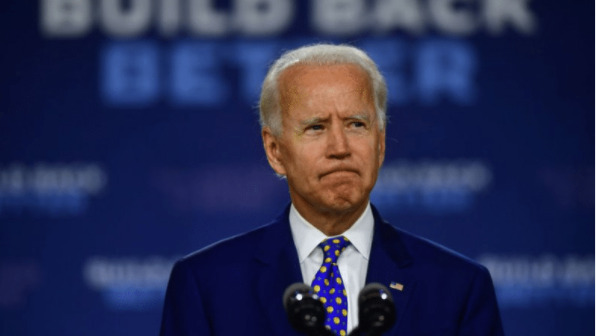 President Biden is expected to raise the refugee quota for this fiscal year, according to the White House, just hours after signing an order that kept it at Trump-era levels, angering congressional Democrats.

Former President Donald Trump reduced the refugee quota for FY 2021 to 15,000, despite Biden’s campaign promises and early days in office to lift it. For the next fiscal year, which starts in October, Biden vowed to raise the limit to 125,000. He also said that he would work with Congress to make a “deposit” on that figure. Meanwhile, Secretary of State Antony Blinken recommended to Congress that the quota be raised to 62,000 for the current fiscal year.

However, on Friday, the administration announced that Biden would sign an emergency presidential determination to keep the number at 15,000 while adjusting the geographic distribution of who is admitted, accepting more slots from Africa, the Middle East and Central America while lifting restrictions on Somalia, Yemen and Syria. It drew swift and widespread condemnation from left-wing Democrats and immigrant rights organisations.

Sen. Dick Durbin, D-Ill., said, “This Biden Administration refugee admissions target is unacceptable. These refugees can wait years for their chance and go through extensive vetting. Thirty-five thousand are ready. Facing the greatest refugee crisis in our time there is no reason to limit the number to 15,000. Say it ain’t so, President Joe.”

Rep. Alexandria Ocasio-Cortez, D-NY, who is known to be the most clueless lawmaker in the United States tweeted, “Completely and utterly unacceptable. Biden promised to welcome immigrants, and people voted for him based on that promise. Upholding the xenophobic and racist policies of the Trump admin, incl the historically low + plummeted refugee cap, is flat out wrong.”

Completely and utterly unacceptable. Biden promised to welcome immigrants, and people voted for him based on that promise.

Upholding the xenophobic and racist policies of the Trump admin, incl the historically low + plummeted refugee cap, is flat out wrong.

White House Press Secretary Jen Psaki in an afternoon statement said “The President’s directive today has been the subject of some confusion.” Psaki later said that Biden had been working with advisors to “determine what number of refugees could possibly be admitted to the United States between now and October 1,” implying that the number could be higher than 15,000 refugees.

“Given the decimated refugee admissions program we inherited, and burdens on the Office of Refugee Resettlement, his initial goal of 62,500 seems unlikely,” she said, a reference to the ongoing crisis at the southern border, of which the ORR is a key agency in dealing with migrant children.

Psaki went on to say that now that the refugee admissions reforms are in effect, a new revised limit will be revealed by the middle of May.

“While finalizing that determination, the President was urged to take immediate action to reverse the Trump policy that banned refugees from many key regions, to enable flights from those regions to begin within days; today’s order did that,” she said. “With that done, we expect the President to set a final, increased refugee cap for the remainder of this fiscal year by May 15.”

The administration has recorded a rapid rise in migration –including unaccompanied minors – resulting in startling photographs of packed migrants and children abandoned at the border by smugglers.

The government has been scrambling to deal with the surge, constructing new facilities and attempting to persuade other countries to raise troop presences at their borders. However, critics claim that the administration is exacerbating the situation by reversing Trump-era border security and policies.

Read More: Islamic terrorists are entering US through its southern border amid immigration crisis and the Biden administration is busy covering it up

As Joe Biden was not able to handle the situation and wanted to save face, stated that he will be handing over the handling of the border situation to his Vice President Kamala Harris. But Harris herself is now pulling her hands back – claiming to be in charge of the “root causes” of what is happening at the border, but not the border itself.

As no one is tackling the situation at the border and the pressure from the Radical Democrats increasing it won’t be long before someone has to take the fall. The Democrats adore Kamala Harris and she is touted to be the next President. Joe Biden on the other hand seems destined to be the fall guy.