Jacinda Ardern: A Chinese stooge, a product of the liberal media PR and a terrible leader in reality 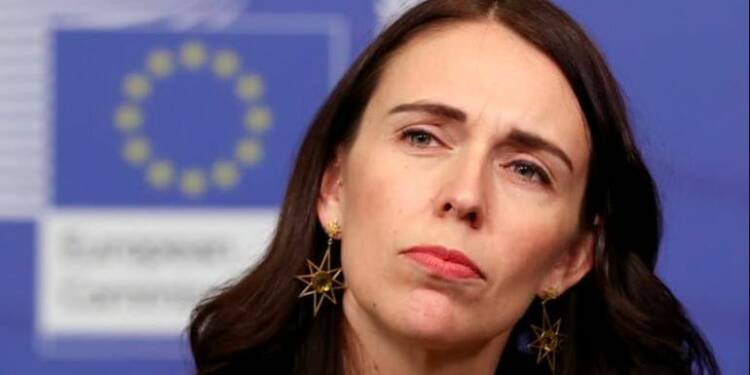 The Prime Minister of New Zealand, Jacinda Ardern is a liberal sweetheart around the world. As long as Jacinda stands up for extravagant liberal ideals and engages in an extensive PR campaign aimed at projecting her as the ultimate mascot of humanitarianism and progress, her crimes – both domestic and international, can easily be pushed under the carpet by her fans. Have no doubt, by virtue of the world not having any shortage of crazy people, Jacinda Ardern’s fan base, too, is rather all-pervasive and large. Yet, it is time to decode all that is wrong with the liberal mascot that Ardern is.

Firstly, calling Jacinda Ardern a mere ‘liberal’ would be an understatement. As a matter of fact, Jacinda Ardern seems to be a staunch Communist. It, therefore, makes sense for her to share a sense of camaraderie with Communists around the world. As such, China comes as a natural favourite to the Prime Minister of New Zealand. It is no surprise, hence, that she and her Labour party are currently being investigated by New Zealand’s Serious Fraud Office (SFO) for receiving financial donations prior to the 2017 elections from individuals with supposed links to the Chinese Communist Party.

As a matter of fact, Jacinda Ardern’s fascination with China is seriously imperilling the global standing of New Zealand. Now, the Five Eyes nations – US, UK, Canada and Australia seem to be more than willing to show New Zealand the door out of their intelligence-sharing network for its pro-China bias which Jacinda Ardern is solely responsible for. There are many instances one can cite to show how New Zealand, under Jacinda Ardern’s inept and compromised leadership, has been turned into a Chinese vassal state.

In a shocking turn of events in January this year, for instance, New Zealand’s Trade Minister suggested Australia could mend ties with China by showing its government more “respect.” More recently, New Zealand refused to join the club of 14 countries in signing a joint statement expressing concern over China’s cooperation during the World Health Organization’s search for the origins of Covid-19. To make matters worse, while Beijing was bombarded with Western sanctions, especially those coming from Five Eyes constituent members, New Zealand under the leadership of Ardern chose not to sanction China.

In further proof of New Zealand being a completely co-opted Chinese client, Wellington also opted out of a joint statement last May before the national security law was enacted in Hong Kong and again in January to condemn mass arrests of opposition figures and pro-democracy activists in Hong Kong, and instead, it issued its own vaguely-worded and soft statements. Most recently, however, the Jacinda Ardern government has poked the Five Eyes right in their eye and cautioned them against using the forum as a means to take on China and deviate from its primary motive of intelligence sharing.

Let us now talk about Jacinda Ardern and her liberal view of the world, which is proving to be disastrous for New Zealand. Jacinda Ardern, like all other liberals, views the world in binaries – rights and wrong; blacks and whites. She is an ardent fan of personal PR campaigns which show her as the most progressive leader to have ever walked this world. As part of these PR campaigns supported by international media which readily shares her infantile ideology, Ardern is portrayed as the ideal head of state any country around the world could ever ask for.

So, in 2018, when Jacinda Ardern took her partner and her three-month-old baby to the United Nations and delivered a speech at the UNGA, liberals around the world went gaga, while mainstream international media could not help but break into a joyful dance for Jacinda Ardern’s bold, historic and path-breaking move. Only recently, New Zealand approved a bill giving parents three days of bereavement leave after a miscarriage or stillbirth. You read that right! A mere three days. And for this rather shameful legislation, Ardern was hailed as someone who has set new highs for the global community and world leaders to learn from.

This, despite the fact that India has had the Maternity Benefit (Amendment) Act since 1961 which grants six weeks of fully paid leave for women who experience a miscarriage at any stage in their pregnancy. Jacinda Ardern also has quite the thing for optics, which is why after the Christchurch Mosque attack in March 2019, Jacinda Ardern was seen donning a hijab– a theocratic veil mandated for Muslim women, and which many view as a symbol of patriarchy and oppression. By wearing it, Ardern attempted to turn the piece of cloth into a ‘cool’ and ‘liberating’ tool.

Finally, Jacinda Ardern is a disastrous leader. She possesses no qualities of a leader and has been able to deceive the people of New Zealand into believing that she indeed will take their country to greater heights. Where she indeed is taking New Zealand, however, is down the path of Chinese colonisation.

After turning Russia-Ukraine border into a warzone, Biden brings Korean Peninsula at the brink of a big war

Why New York is all set to get a Republican Governor this time?