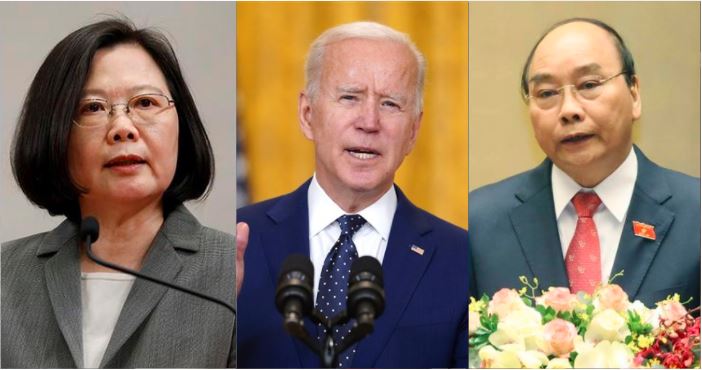 US Treasury Department said on Friday that Vietnam, Switzerland, and Taiwan had crossed its thresholds for potential currency manipulation under a 2015 US trade law, though it did not go so far as to label them as manipulators.

Taiwan, Vietnam, and Switzerland, according to the Treasury, have already exceeded 2015 currency thresholds in 2020, including a bilateral trade surplus with the US of more than $20 billion, foreign currency interference exceeding 2% of GDP, and a global current account surplus exceeding 2% of GDP.

Despite this, it found insufficient evidence to conclude that Vietnam, Switzerland, or Taiwan are manipulating exchange rates to obtain a trade advantage or avoid balance-of-payments changes under an earlier 1988 regulation.

After the Peoples Bank of China devalued the Yuan in response to new tariffs levied by the US, the US Treasury Department had officially designated China as a currency manipulator under the Trump administration.

The Treasury Department under the Biden administration has downplayed China’s manipulation. During the evaluation period, no other major US trading partner met the applicable statutory requirements for currency manipulation or enhanced research, according to the Treasury. It further urged China to be more transparent about its foreign exchange intervention operations, exchange rate management policy goals, the relationship between the central bank and state-owned banks’ foreign exchange activities, and its activities in the offshore yuan sector.

But China is on the same monitoring list including India, Germany and Japan among others. A point of note is that these countries are major US allies. China, Japan, South Korea, Germany, Ireland, Italy, India, Malaysia, Singapore, Thailand, and Mexico are among the 11 economies on the Treasury’s “monitoring List” of major trading partners that need scrutiny of their currency activities. All were included in the December 2020 report to Congress, with the exception of Ireland and Mexico.

Earlier in April, the US navy exercised the Freedom of Navigation and Operations in Indian claimed waters. Though it should be noted that the US had been using FONOPs within Indian territorial waters even during the Trump administration, the timing of the intervention and scrutiny of India’s assertion has been unparalleled. The US uses the same directive to counter China’s illogical claims in the South China sea. But to use the same tool in Indian waters is disappropriate at best.

Now the Biden administration is using the same systematic normalcy plan to subdue the Chinese belligerency and illegal activities as a currency manipulator. While at the same time, this suggests that Taiwan and Vietnam have already breached the threshold while China has not played right into the systematic approach of normalising its activities by the Biden administration.