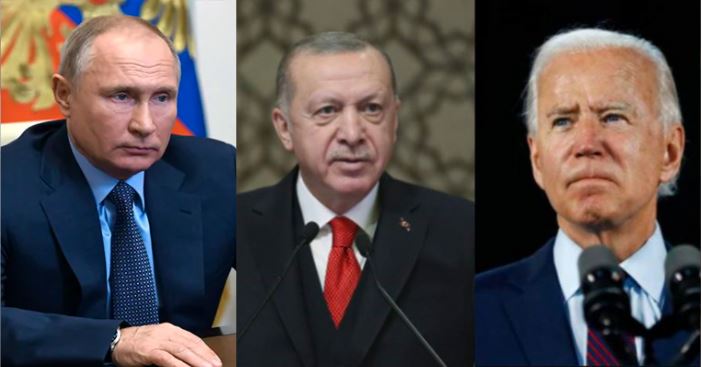 The US foreign policy before Joe Biden was the one directing international affairs, however, with the coming of the Biden administration, the glory of the US foreign policy has faded. Now as the Russian President Vladimir Putin escalated the situation in the Eastern Europe and the surrounding region and called the US spade, as well as bringing Turkey closer to himself, Biden has finally lost his cool.

According to The New York Times and the Wall Street Journal, US President Joe Biden is planning to officially recognise the Armenian Genocide, the systematic killing and expulsion of hundreds of thousands of Armenians by the Ottoman Empire more than a century ago. According to the Associated Press, lawmakers and Armenian-American activists have lobbied Biden to make the declaration on or before April 24, which is Armenian Genocide Remembrance Day.

Measures remembering the Armenian genocide have languished in the United States Congress for decades, and presidents have refrained from referring to it as such due to concerns regarding ties with Turkey and heavy lobbying by Ankara. However, as Putin’s embrace of Turkey has made Biden lose his calm and after a long time, US foreign policy is responding to the Russian challenge by taking a decision which was kept on the back-burner due to Turkey’s lobbying and it being a NATO ally. The AP reported that there was a possibility that Biden may just change his mind over the course of the next two days.

For Democrats, Russia is indeed the everlasting foe that must be tamed and sanctioned. However, by 2021, the democratic world will have no patience for the American deep state’s obsession with Russia. As a result, it’s no surprise that American allies have become increasingly enraged in recent days. In line with this, Turkey, a NATO ally, has chimed in, with Recep Tayyip Erdogan offering his two cents on the whole ‘killer’ saga sparked by Biden. And what Erdogan has to say isn’t pleasant for US President Donald Trump.

Lauding Putin for giving a “smart” and “classy response,” the Turkish President told reporters after Friday prayers in Istanbul, “Mr Biden’s comment about Putin does not suit a head of state.”

Read more: Turkey has moved to Russia’s side. Israel, Japan and India have expressed similar feelings too – Biden is losing Cold War 2.0

Turkey and the Democrats have never had a successful relationship. Erdogan is also waiting for a call from US President Joe Biden, whose administration has criticised Turkey’s human rights record. Turkey-US ties are also strained as a result of Ankara’s purchase of Russia’s sophisticated S-400 air defence systems. Worse, Erdogan has not forgotten how Biden referred to him as a “autocrat” in a late-2019 interview. As a result, despite being on opposing sides not only in Syria, but also in last year’s Nagorno-Karabakh war between Armenia and Azerbaijan, Erdogan has referred to Putin as a “friend and a strategic partner.”

This geopolitical one-upmanship has left Biden red aced, and he is now trying to use the Armenian Genocide as a tool to show Turkey that there can be consequences. If not so, then why did it took soo long and the exact moment when Turkey got in USA’s bad books that the Biden administration agreed to recognise the Armenian Genocide. Russian President Vladimir Putin has shown Biden a mirror, and the fact that Joe Biden cannot accept being bested, he is trying the only string it has to pull Turkey and helplessly so.