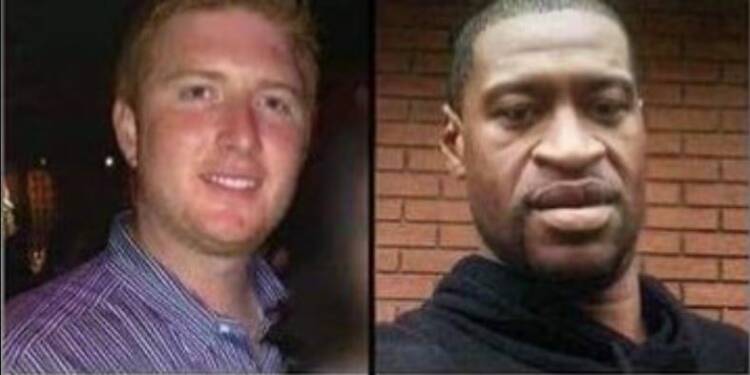 Tony Timpa Vs George Floyd : The recent furore regarding the killings of black men at the hands of the Police folk, which was exacerbated with the killing of George Floyd has seen many supporters, be it the mainstream media, the Hollywood or even the Democrats at large. We can say that the left-liberal lobby at large was at the forefront of capitalizing the just anger to further their unjust agenda of increasing the racial divide and hatred towards White Americans. The question of this racial divide and the bias towards White Americans has been brought to the fore again as the case of Derek Chauvin has reached its conclusion.

Derek Chauvin was found guilty on all charges related to George Floyd’s murder. The jury members were undeniably under a great deal of stress. If the jury did not find Chauvin guilty, US Representative Maxine Waters advised demonstrators to sit on the streets and “be more confrontational.” Naturally, no juror would like to witness riots once more. We don’t have access to jurors’ minds to learn about their inner motives. We can only assume that they rationally weighed the facts and did not make a decision based on fear and coercion.

The killing of George Floyd was used as a stepping stone by the socialist, identity-politics freaks to utilize the racial divide among the whites and blacks and use the hatred for the white race as a whole to further their political gains. What happened with George Floyd was unfortunate, but was it just because of his colour? Has any white person been a victim of a similar situation?

Timpa Murder was similar to Floyd

The legitimate question is, how would the Americans and its mainstream media respond to a similar murder if the victim was white? We have an exhibit ready to present and the answer is not encouraging. In 2016, an almost similar case of a police officer putting his knee on a man’s body occurred, and the man died as a result. Tony Timpa was his name. Tony Timpa, unlike George Floyd, did not resist detention. But, just like Floyd, he urgently told the cops he was dying as the officer’s knee was pushed against his body, all the while the officers were kidding and laughing. Tony Timpa was a Caucasian.

There was too stark a similarity for anyone to throw the way in which the establishment and the media narrative supported one and brushed the other under the carpet. After Timpa fell unconscious, the officers who had him in handcuffs assumed he was asleep and didn’t confirm that he was breathing or feel for a pulse.

Tony Timpa Vs George Floyd : the only difference was the colour of their skin

As precious minutes passed, the officers laughed and joked about waking Tony Timpa up for school and making him waffles for breakfast. The case was similar on almost all counts with that of George Floyd, however, the only difference was the colour of their skin. And this is where the harsh truth about the burgeoning racial hatred towards the white skin, fomented by the left wing narrative setters is amply visible.

It is easy to see why the officers involved were never prosecuted. This incident did not fit into the media’s narrative of police violence against African-Americans in the United States. George Floyd and Tony Timpa are microcosms of a troubling identity politics movement in the United States. They had both been the victims of injustice. It would seem reasonable to argue that all victims of police brutality should be treated fairly.

However, the reality is way different from what the media presents, while not all victims of police brutality are not fairly treated, the black victims are gaining support at the cost of white victims being brushed aside and the larger white society being ostracised. This kind of hate-mongering politics is having a very adverse effect and at the end of the day, it is the USA that will have to be the biggest loser in this tug-of-hate.

Joe Biden has failed India and he will pay for it