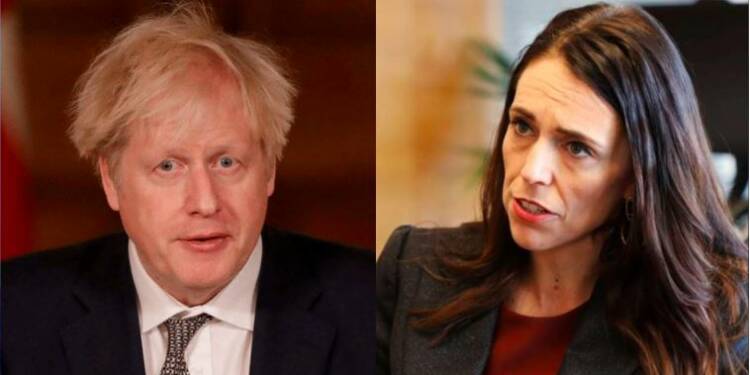 Jacinda Ardern, a Kiwi politician who was elected as the New Zealand Prime Minister but functions more like a Chinese diplomat, is getting called out for her pro-China bias. Jacinda got slammed for her pro-China remarks and policies during a debate in the British Parliament. Tory MP Bob Seely, in particular, blasted her for weakening the Five Eyes Alliance’s campaign against Beijing.

Jacinda’s pro-China policies came up for discussion in the UK Parliament during a historic debate. The British Parliament unanimously declared that China was carrying out genocide and committing crimes against humanity in Xinjiang. This was the first time that the UK Parliament passed a genocide motion without any dissent. This was a part of the larger British policy to ramp up pressure on China over the repression of Uyghur Muslims in Xinjiang.

During the debate, Australia was praised by British MPs for standing up to China, in spite of the massive trading costs worth $20 billion. China has blocked imports of lobster, wine, barley and to some extent even coal from Australia. The move has affected Australian exporters who used to benefit from the large Chinese market. Yet, Canberra remains undeterred in its spirit fight against Chinese authoritarianism and belligerence.

But the British lawmakers were rather concerned about the New Zealand government’s recent remarks about the Five Eyes Alliance. Wellington had recently criticised attempts to put pressure on China through the powerful spy network comprising the US, the UK, Australia, Canada and New Zealand.

On Monday, New Zealand’s Foreign Minister Nanaia Mahuta said, “We would much rather prefer to look for multilateral opportunities to express our interests on a number of issues.”

Jacinda government’s remarks have actually exposed Wellington’s propensity to save China from any embarrassment. Jacinda Ardern might be New Zealand’s Prime Minister, but she is bidding emphatically for China before the democratic world. And this is what has left the UK enraged.

Tory MP Bob Seely said that Jacinda Ardern was “in a hell of an ethical mess”. The British lawmaker added, “A prime minister who virtue signals whilst crudely sucking up to China whilst backing out of the Five Eyes agreement, which I think is an appallingly, appallingly short-sighted thing to be doing.”

Seely also suggested that between Wellington and Canberra, the UK should choose the latter. The lawmaker said that the UK needed to stand “shoulder-to-shoulder” with Australia. He added, “The Australians are calling out China and they’re doing it at trade risk. We need to make sure that they do not pay an ethical price.”

From a British perspective, gloves have come off, as the UK lawmakers feel that they have had enough of Jacinda Ardern’s hypocrisy. Now, they are openly slamming her and calling a spade a spade. Jacinda can no longer hide behind her ‘liberal’ mask as her pro-China bias is for the entire world to see.