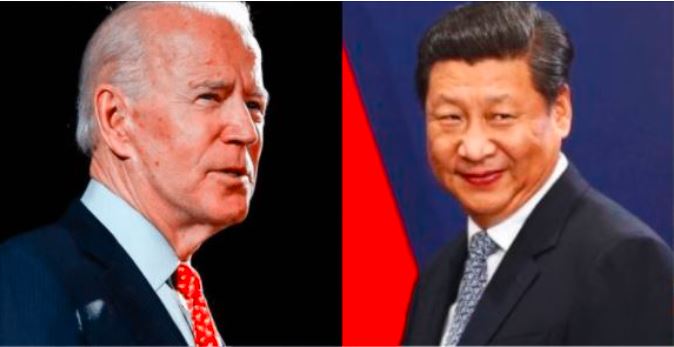 Alarms are being raised about the theft of American trade secrets, just as the Biden administration is relaxing rules about the Chinese impact on research and universities. The National Institutes of Health announced Thursday that more than 500 federally funded scientists are being investigated for being hacked by China and other foreign forces.

A Trump-era directive requiring universities to report financial relationships with Chinese-funded institutions like the Confucius Institutes was overturned by the Biden Administration.

The latest data shows that more than 500 scientists are influenced by China. This demonstrates how the US healthcare system is severely harmed, and Biden is doing little to address it.

Officials from the Department of Health and Human Services told a Senate committee that they are battling large-scale Chinese attempts to bribe American researchers and steal intellectual property that scientists hope will lead to biomedical breakthroughs.

According to Dr Michael S. Lauer, NIH deputy director for extramural studies, the NIH has approached more than 90 institutions about more than 200 scientists about whom they are concerned. However, the workload of the inquiries is weighing down the nation’s top medical research organisation, and new cases are popping up all over the government.

According to the Washington Times, many in the US intelligence community are concerned about the lack of a concerted response to the ongoing theft of American trade secrets by compromised scientists sponsored by the Chinese government.

Song Guo Zheng, 58, was a professor of internal medicine at Ohio State and Pennsylvania State universities who led research projects while earning $4.1 million in federal research grants. After it was reported that Zheng lied to cover up his links with the Chinese government and state-run universities to whom he promised the results of his studies, he pleaded guilty in Federal court.

Zheng was a part of a Chinese Talent Plan, in which the Chinese government tries to hire American scientists to help China by allegedly stealing science and trade secrets from American businesses and universities. As his greed was exposed, Zheng was apprehended at an airport in Alaska as he attempted to flee the United States with his relatives.

Mingqing Xiao, a math professor and university researcher, was charged with wire fraud by the Justice Department on Wednesday, allegedly concealing his Chinese government funding when receiving funding from the National Science Foundation. Mingqing Xiao, a professor at Southern Illinois University-Carbondale, has served in the mathematics department since 2000 and began receiving Chinese funding in 2018, according to the Justice Department.

From corn farmers to cancer researchers, China has targeted research all over the US economy. According to Dr Lauer, China supported more than 90% of the scientists under investigation last year.

The example of researcher Song Guo Zheng, who is awaiting sentencing after pleading guilty last year to lying on applications for NIH grants totalling $4.1 million that he acknowledged were used to enhance Chinese expertise in rheumatology and immunology, was cited by Gary Cantrell, deputy inspector general for investigations at the Health and Human Services Department.

Many in government have raised the alarm that not enough is being done to tackle Chinese spying as a result of cases like this. A Trump-era directive requiring universities to report financial relationships with Chinese-funded institutions like the Confucius Institutes was overturned by the Biden Administration. The Trump administration took a tougher stance on Chinese industrial espionage, shutting down a Chinese consulate in Houston that it said was mostly used to steal from American businesses.

Candice Wright of the Government Accountability Office told lawmakers, “We heard from certainly a number of the principal investigators that many of them either were not aware of foreign talent recruitment programs or just simply didn’t even know how they would go about identifying such programs.”

Former Lockheed Martin CEO Norman Augustine also expressed concerns to Congress about the research industry’s reliance on foreign-born scientists, saying, “Today’s United States science and engineering enterprise would barely function if it weren’t for the thousands of foreign-born individuals who came to America, received their graduate education here, and contributed mightily to our nation’s science and engineering enterprise.”

The new administration has continued to make attempts to incentivise American researchers to collaborate with the US rather than China or other countries. When it comes to China, the Biden administration generally follows a relaxed stance, repeating Biden’s previous comments, “They’re not bad folks.”

But while the Biden administration has taken steps to incentivise research with US collaboration and has called for a relaxed stance against China, saying “they’re not bad folks.” It clearly is not working, and the administration certainly does not care.

Not finding investors for its BRI project, China invites drug lords to fund it