After Trump’s exit, 1000 talents program is blooming again in China, and that is terrible news for the free world 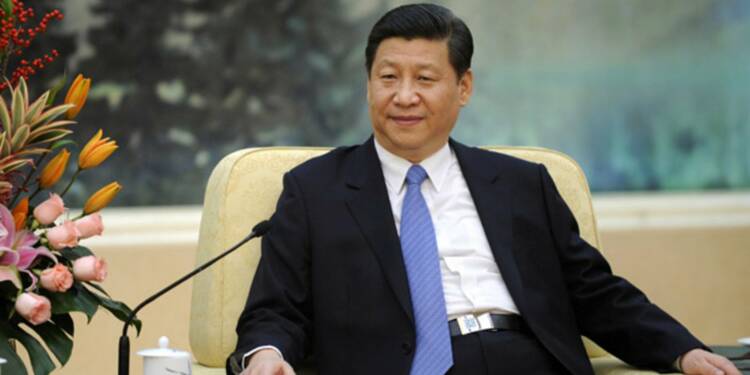 Biden’s incurable indecisiveness on China will now cause another turmoil in geopolitics. China, last week, released its 14th Five-year plan and it could be a nightmare for countries around the globe as the “1000 Talents Plan” will lead to a more aggressive onslaught on their national security.

China aims to become the global leader in Science & Technology (S&T). But the incapability of its people to understand and to do innovation in S&T has been a major impediment to the realisation of that dream. Taking this in mind that its people are only good at producing counterfeit, CCP introduced the ‘1000 Talents Plan’ in 2008 to steal advanced technologies and intellectual properties from other countries by poaching foreign experts from overseas. Now, that Trump is no longer in the White House, China’s ‘1000 Talents Plan’ will be pursued more aggressively as the Biden administration ignores such warnings.

Cheng Xiaonong, an American-based Chinese economist, while speaking to Radio Free Asia said that the current five-year plan is an expansion of China’s previous “1000 Talents Plan.” The purpose of both strategies is the same: both aim to steal foreign intellectual property and advanced technologies by poaching experts from other countries.

He noted that the goal of the new 5-year plan remains in key areas related to military expansion.

According to the new plan, more capital will be invested into scientific science, and experts will be well compensated. To “create and train a high-level talent troop” and “provide a globally competitive and enticing atmosphere for overseas scientists to work in China,” the plan calls for the introduction of a more accessible talent policy, which includes the construction of a scientific research and innovation highland to attract and gather outstanding experts from both home and abroad.

Furthermore, policies that encourage high-level foreign experts and professionals to stay and work in China, as well as a permanent residence system for foreigners, should be perfected.

Aside from the national-level “1000 Talents Plan,” the CCP has other plans, such as the Chinese Academy of Sciences’ “Hundred Talents Program” and the Chinese Ministry of Education’s “Changjiang Scholars” scheme, as well as a variety of local government recruitment schemes.

Such academicians continue to rely on USA grants and thus new inventions funded by American taxpayers end up in CCP hands, often getting patented in China. China could use these technological advancements for commercial gains, or even worse, for military/ Nuclear weapons purposes.

According to a 109-page report released in November 2019 by the United States Senate Permanent Subcommittee on Investigations Committee on Homeland Security and Governmental Affairs, the FBI “has been slow to respond to threats posed by Chinese talent recruitment plans.”

According to the report, “despite the Chinese government’s public announcements in 2008 of its intention to employ overseas researchers with access to cutting-edge research and absorb, assimilate, and re-innovate technologies,” the FBI did not identify Chinese talent recruitment plans as a “threat vector” until 2015.

According to the report, China is the most aggressive among countries that “seek to exploit America’s openness to advance their own national interests.” “Federal agencies are not prepared to prevent China from stealing intellectual property and transferring taxpayer-funded research.”

Since 2018, the FBI has increased the number of arrests and prosecutions of Thousand Talents scholars. “Thousand Talents Plan” remains dangerous for the free world, as the CCP has also used it for stealing the American Intellectual Property (IP). FBI Director Christopher Wray described it as “economic espionage”.

Now, with the aggressive perusal of this plan, China would try to target the US. With Trump not in the White House anymore, USA’s advanced technology is now at the risk of falling into Chinese hands.

Turkey has moved to Russia’s side. Israel, Japan and India have expressed similar feelings too – Biden is losing Cold War 2.0