Professors have been using their lectures for political indoctrination of students in American schools. Florida is putting an end to it 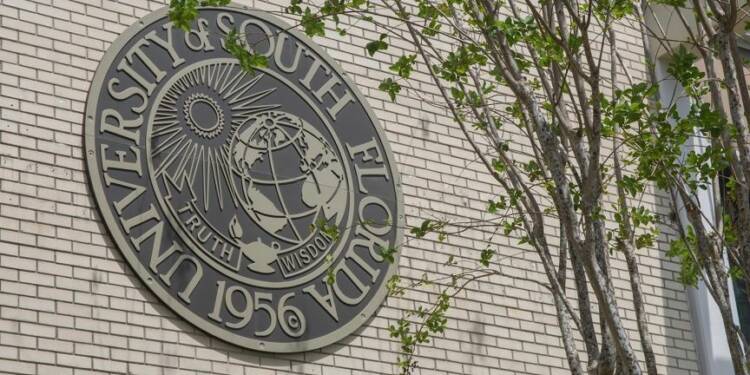 A new initiative in Florida would encourage students to tape their college professors’ lectures and use the recordings as proof of political bias. Throughout the country, the schools have been used to propagate the Left’s racial agenda of demonising the white race amongst other things, but they won’t be able to do so in Florida anymore.

According to the bill, students would be permitted to conduct “freespeech activities”, including “all forms of peaceful assembly, protests, and speeches; distributing literature; carrying signs; circulating petitions; faculty research, lectures, writings, and commentary, whether published or unpublished; and the recording and publication, including the Internet publication, of video or audio recorded in outdoor areas of campus.”

Furthermore, the bill adds, “The State Board of Education may not shield students, faculty, or staff at Florida College System institutions from free speech protected under the First Amendment to the United States Constitution”

The recordings are for students’ “own personal educational use, in connection with a complaint to the public institution of higher education where the recording was made, or as evidence in, or in preparation for, a criminal or civil proceeding,” according to the law.

All 40 state-funded colleges in Florida will be mandated to perform an “annual review of academic freedom and viewpoint diversity” at their individual institutions under the legislation. The Florida Board of Education will establish an “objective, nonpartisan, and statistically accurate study” that looks at “the degree to which conflicting ideas and opinions are expressed” and “whether members of the college community, including students, faculty, and staff, feel free to express their views and viewpoints on campus and in the classroom.”

The results will be collected and reported annually by the Florida Board of Education beginning September 1, 2022. Furthermore, colleges and universities would be expected to create a code of conduct, which would include sufficient penalties for violations of rules or regulations by student groups and would be published on their websites.

Colleges and universities that punish a student for breaching the code of conduct must include written notice within seven business days that contains the charges under investigation, a citation to the relevant section of the code of conduct at issue, the procedure used to decide if a violation occurred, and the date, time, and location of the disciplinary hearing.

Following the bill’s passage in the Florida Senate earlier this month, Republican Congressman Spencer Roach, the bill’s author, tweeted, “Freedom of speech is an unalienable right, despite what Marxist professors and students think.”

Our bill to protect intellectual diversity on college campuses is getting closer to the Governor’s desk. Freedom of speech is an unalienable right, despite what Marxist professors and students think. https://t.co/WiAp0AnDHW

Nine public universities in Florida have policies that limit protected expression or can be perceived to restrict expression, according to the Foundation for Individual Rights in Education, an organisation that supports free speech on campuses.

It said, for example, that the University of Central Florida has a harassment policy prohibiting “offensive” conduct directed at specific individuals, but it did not define which activities are considered “offensive.”

However, opponents of the bill wonder what policymakers would do with the findings of the new campus population surveys. Clay Calvert, a law professor at the University of Florida and the director of the First Amendment Project. According to Calvert, based on the survey’s results, lawmakers could decide to cut funding for various universities. He said, “It’s great to have the information about how students feel but there’s a danger that it could be used as a tool or a weapon basically by state lawmakers to withhold appropriations.”

Sen. Tina Polsky, a Democrat, challenged whether hate groups like the Nazis or the Ku Klux Klan would be allowed to access a campus under the law during a hearing last month. She said, “You just can’t practice in absolutes and say that every single person is welcome on campus, because they’re not. This is meant to be a safe place for students.”

The Democrats have been pushing for their ‘progressive’ agenda in schools throughout America through professors and teaching staff. From issuing statements like “only white people can be racists’ “ to asking students and parents to rate their whiteness. Their agenda is to demonise not just the race but also the conservative ideas which exist within the society. Their plans for an eradication of the Republican and conservative ideas though have met with an absolute roadblock in Florida and hopefully, other states in the United States should follow the suit.