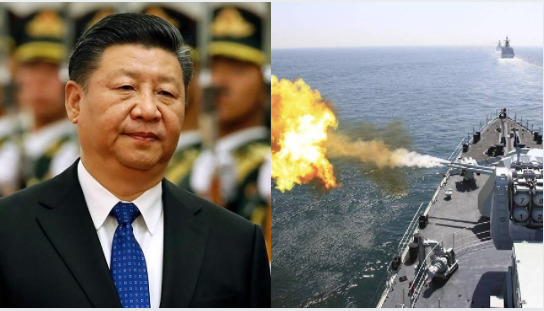 China’s maritime aggression shows no signs of abatement. Now, Beijing is looking to harass its enemies in the South China Sea and the East China Sea with new legislation. On Thursday, the Communist nation passed a legislation to strengthen the power of its maritime safety authorities.

China has amended its Maritime Traffic Safety Law to empower the maritime safety agency, under the control of the Transportation Ministry. From September 1, the agency will be enabled to order foreign vessels to leave from waters claimed by China, in case it feels such vessels are a security threat. The agency will also be allowed to block overseas ships from intruding waters claimed by China if they do not fall under innocent passage in international law.

The latest Amendment is a very dangerous pattern in the Chinese context. China’s ‘territorial waters’ are not limited to the extent defined by the UN Convention on the Law of the Sea (UNCLOS), rather Beijing claims almost the entire South China Sea region under its nine dash-line theory. Also, China claims sovereignty over Japan’s Senkaku Islands and the waters surrounding it.

So, the real concern is how China is going to use, or in fact, misuse the latest Amendment to its Maritime Traffic Safety Law. Kyodo News, a Japanese media publication, reported, “China boosts power of maritime authorities, fanning tensions.”

In the South China Sea, tensions have been growing near disputed features like the Whitsun Reef, Spratly Islands and Scarborough Shoal. China claims sovereignty over all these features in dispute with other nations namely Malaysia, the Philippines, Brunei, Taiwan and Vietnam.

In fact, Chinese navy and Coast Guard vessels often try to intimidate fishing boats and other vessels of rival claimants in the South China Sea region. Of late, China has been using maritime militias to flex its muscles in the region and Beijing casually passes off such maritime militias as fishing vessels.

Also, the Chinese legislative revisions come at a time when the Southeast Asian nations led by Vietnam are pushing back against an annual, unilateral ban on fishing imposed by China in the South China Sea region. China has been imposing such bans since 1995, and at least from 2001, it has also started harrying overseas fishing vessels that defy Beijing’s illegal ban.

With the passage of the Amendment arming Chinese maritime authorities with extensive powers, Beijing’s maritime disputes are all set to escalate. Clashes will be particularly inevitable when an expansionist China tries to block/ order out overseas ships from contested regions.

And then in February, China had passed another controversial law allowing its Coast Guard to open fire against foreign ships. Such legislations are increasing the imminent risk of a military clash in the Western Pacific, which can easily spiral into an encounter involving multiple Navies, Coast Guards and militias.

It actually seems that imprudent planners in Beijing are asking for a bloody military clash, which could end up doing more harm than good to the paper Dragon.