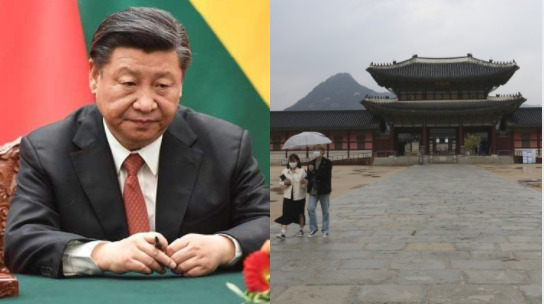 South Korea’s Moon Jae-in administration is facing immense public pressure for its sheer Sinophilia. The growing anti-Chinese sentiment in South Korea is getting the better of Seoul.

In fact, given the pushback against Chinese influence, a tourist-focused tourist project in South Korea’s eastern Gangwon province has been scrapped. The project was being described as the “Chinatown” project by its opponents.

The “Chinatown” project, officially called the Korea-China Culture Town, was slated to be completed by 2022. It was supposed to be 10 times larger than the Chinatown area of Incheon. As such, the project represented the Moon administration’s desire to improve ties with Seoul’s old rival- the People’s Republic of China. However, Koreans never really accepted it.

In fact, some 500,000 South Koreans petitioned their government to cancel the tourist attraction, which planned to showcase Chinese culture. The Korea Times had at that time reported, “An online petition has been filed on the Cheong Wa Dae website recently, calling for an end to the ongoing construction of a Chinatown and Legoland in Chuncheon, Gangwon Province.”

The newspaper added, “The petitioner wrote that Koreans do not understand why Korea should provide cultural experiences from China, or why there should be a ‘little China’ in Korea.”

South Koreans found a “Chinatown” all the more reprehensible because Beijing has also been trying to appropriate Korea’s culture, including its cuisines, national heroes, and even Korean clothing. Chinese search engine Baidu, for instance, listed a number of Korean foods such as kimchi and samgyetang, as cuisines of Chinese origin. Also, China has been trying to steal traditional Korean clothing hanbok by misrepresenting it as a type of Chinese hanfu.

In fact, the growing “Chinese cultural imperialism” has led to the paper Dragon’s dipping popularity in South Korea. Recently, the Chicago Council on Global Affairs released a survey which showed that around six out of 10 South Koreans viewed China, South Korea’s largest trading partner, as more of a rival. In the same poll, South Koreans’ favourable opinion of China stood at an average rating of 3.1 out of 10, which was noticeably lower than 3.2 for Japan.

In such circumstances, Gangwon Province was facing immense pressure to cancel the controversial project. Kolon Global Corporation, the company supposed to construct the tourist project has decided to cancel it. The Gangwon government and Kolon Global though have denied that the project was a Chinatown.

Gangwon Province head Choi Moon-soon said the decision to cancel the US$1 billion project was taken after a series of “fake news” allegations that taxpayers’ money was being used to build a settlement for Chinese immigrants. The Gangwon Province had stated, “It is not a Chinatown.”

Read More: South Korea is now doing as Iran says because Biden has left Seoul at the mercy of Iran’s ally China

In a notification to the Gangwon Province, Kolon Global Corporation stated, “The company acknowledges that the Korea-China Cultural Town cannot move forward any longer” in spite of the “huge losses” that the withdrawal would cause.

Kolon Global also said, “Regardless of the truth and facts, we have no alternatives but pay heed to the voices of the 650,000 people who have signed the petition, because [South Korean] people are also clients who are no less important than foreign tourists.”

Yet, the clarification about the project not being a Chinatown seems unlikely to quell the growing anti-Chinese sentiment in South Korea. The incident proves how Koreans continue to hate Chinese authoritarianism and cultural imperialism. As such, they will not let Seoul accept Beijing, even if the Moon administration makes a dedicated effort to improve bilateral ties.