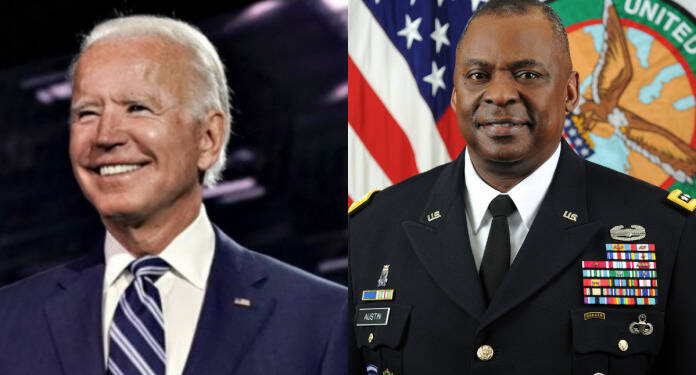 US President Joe Biden is a bureaucrat’s paradise. He is exactly the kind of President administration officials would fancy. Biden is weak and fragile. You can use him as a prop, exploit him for personal gains and dump him later on.

Till now, only the most senior of leaders like US Vice-President Kamala Harris and House Speaker Nancy Pelosi were casually overruling and overriding Biden. But now, even US Defence Secretary Lloyd Austin is expressing a clear wish to defy Joe Biden and impose his own will.

The Pentagon chief has actually made subtle remarks that reek of a desire to pursue his own policies regardless of Biden’s wishes. In subtle remarks, Austin called for developing a “new vision” for American defence in the backdrop of emerging cyber and space threats and the possibility of fighting bigger wars.

In a bid to demand greater powers to diplomats from Biden, the Defence Secretary reflected on the incumbent President’s promise of putting diplomacy first in handling foreign policy problems. He suggested that the US military can provide leverage to diplomats which can be used to prevent international conflicts.

Austin said, “U.S. military isn’t meant to stand apart, but to buttress U.S. diplomacy and advance a foreign policy that employs all of our instruments of national power.”

What Austin said tends to show a propensity at exhorting Biden to let the diplomats take the lead in determining US foreign policy. So, Biden’s authority will be eroded for letting American diplomats and Democrats make decisions on their own terms.

Austin, however, is not the first official in the Biden administration to assert a desire for bypassing the US President. A certain lobby of Democrats has been rallying behind Vice-President Kamala Harris and they treat Biden as more of a ceremonial leader.

Even Kamala Harris and Nancy Pelosi have at times shown a tendency to make decisions on their own. Kamala has cut out roles for herself by making and answering calls to foreign leaders, while Biden was not even present in the White House.

She has been given a crash course on International politics by the White House and has certainly been provided with the best opportunity to learn to take major decisions on domestic issues by being given a free hand by Biden to solve the immigration crisis.

Read More: Joe Biden’s address to the nation was so popular that it garnered only half the viewership Trump fetched

On the other hand, Nancy Pelosi is playing the role of a veteran running the real show in the White House while Kamala gets groomed for the big role. The House Speaker is performing the administrative, grunt work to make sure that Harris’s enemies are cleaned up. It was Pelosi who engineered both impeachments of Trump and led the crusade against him during the peak of the COVID-19 pandemic.

And then far-left Democrats like Alexandria Ocasio-Cortez (AOC) are also mounting pressure on Biden over issues like the immigration crisis. They are reducing Biden into a puppet of the extreme left.

Biden is, thus, the most-loved President for the US Deep State. He is weak and senile and, therefore, American diplomats and Democrats are constantly defying the man sitting in the White House.

Duterte’s anti-China statements are just for optics, and this could result in his party’s ouster in the next elections