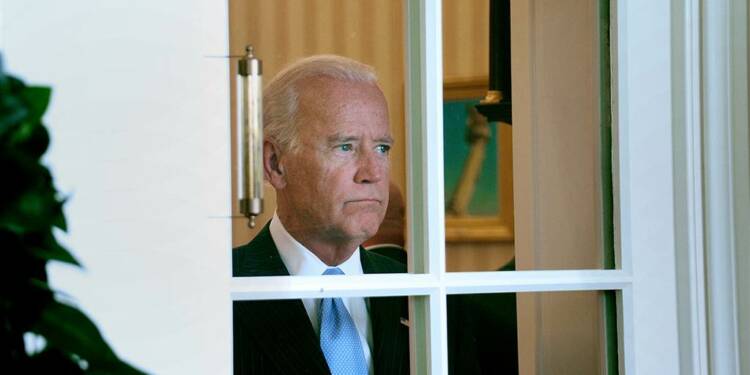 US Vice President has been touted as the next Presidential candidate of the United States long before the current US President Joe Biden assumed the oval office. Even Joe Biden himself has, on several occasions, propped himself as a ‘transitional President’ signifying the next role for Kamala. But Biden’s latest remarks in his first-ever solo press conference have thrown a spanner in the works.

Kamala Harris has been largely seen as an apprentice to Joe Biden, waiting in the wings to assume the Presidential office for herself. She has cut out roles for herself by making and answering calls to foreign leaders, while Biden was not even present in the White House. She has been given a crash course on International politics by the White House and has certainly been provided with the best opportunity to learn to take major decisions on domestic issues by being given a free hand by Biden to solve the immigration crisis. But Biden’s statement to run for the 2024 elections could see him get out of favour with the Democrats who do not see him more than a transitional President, but if he refuses to leave his post, Democrats will cast him aside soon enough.

When asked if US Vice President Kamala Harris will stay as the vice-presidential candidate, Biden said he completely “expects that to be the case,” adding that she was doing “a fantastic job.” “She’s a great partner,” Biden added.

This comes after Biden named Harris to lead the initiative to address the looming migrant crisis at the southern border. “She will work first on the goal of stemming the flow of irregular migrants to the US…but at the same time, the real goal is to establish a strategic partnership with these countries based on respect and shared values,” a senior administration official said.

Read More: Joe Biden hands over the border crisis to Kamala Harris after she laughed about it on camera

Before being given the task on immigration, Kamala was quizzed by reporters on the immigration crisis. In her response, she laughed almost hysterically. That’s right! Kamala thought it best to laugh her gut out when probed about the ongoing border crisis. While taking questions from reporters outside Air Force One, Harris was asked if she had “plans to visit” the southern border. The Vice President responded to the query with a “not today” before laughing. She continued on to say that she had visited “before” and that she would probably go back.

At the time of Nikkei’s article, Lara Brown, associate professor at George Washington University said, “I do think that President Biden sees her as a partner… I think he also sees her as a mentee.”

Besides, after just after a month in a much-unexpected turn of events, when US President Joe Biden was taking a break at Camp David to play video games with his grandchildren, his VP, Kamala Harris, phoned France’s President to address bilateral relations.

Although it is very common for vice-presidents to engage in calls made by US presidents to other world leaders, it is rare for them to make calls on their own. This is at least the second time that Harris has done so far. On February 1, she phoned Canadian PM Justin Trudeau to recall her high school years in Montreal, but also to discuss “diversity, Covid-19, climate change and other issues.”

Biden is far from being physically fit. At 78, he has had bouts of gibberishes, lack of comprehension and well most of the times, seems sedated to acknowledge or conjure any thoughts.

It is no secret that the reins of power lie with the Vice President, and Joe Biden is merely a showpiece installed in the Oval Office by the Democrats. A 2024 presidential run for the man, who will be 82-years-old four years down the line, is extremely unlikely. As such, his natural successor, and an already projected Democrat nominee will be VP Kamala Harris. But if Biden continues with the rhetoric that he is looking to run for President again in 2024 with Kamala as his running mate, Biden will soon be cast aside by the Democrats.

After the Debt trap, behold China’s ‘Vaccine Trap’ as China pushes for a third dose after the first two failed