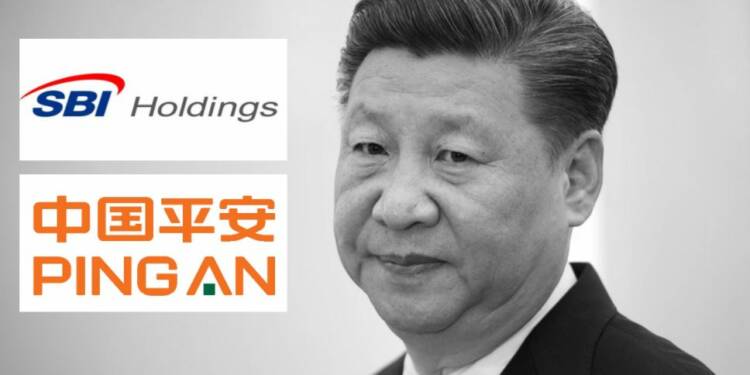 Japan started an economic battle against China last year, when Shinzo Abe was at the helm of affairs. His successor, Yoshihide Suga too has continued the campaign of decoupling Japanese businesses from the Chinese economy.

As per a latest report published by Kyodo News, a Japanese financial services company named SBI Holdings has dissolved its joint venture project with a leading Chinese financial institution, Ping An Insurance. The joint venture project has been cancelled due to two reasons which are typically associated with China- high costs of operation and apprehensions of security threats like data leaks.

Kyodo News reported that the financial services development cost exceeded expectations which practically made the joint venture project unworkable. Secondly, it is being apprehended within Japan that if Chinese companies are allowed to participate in system development, then there would be risks of erosion in customer safety and financial institutions launching such service would be worried about issues like leak of customer information.

For Japan, maintaining economic security has to be a major priority. Over the past one year, we have observed that the world is moving towards an era where economic warfare is becoming more and more rampant. In fact, China is the biggest exponent of economic warfare as the Communist nation doesn’t believe in a rules-based order to promote trade and investment.

We have already seen how China weaponised strategic sectors in its diplomatic battles against Australia. Since China was a big market for Australian exports, Beijing imposed tariffs and effective bans on a range of products including barley, wheat, coal and wine.

Within Australia, China capitalised upon its economic monopoly in sectors like water resources and supply. Also, there were apprehensions in Canberra that the Communist nation could also exploit its control over the country’s power sector.

The point that we are making is that if you are locking horns with the paper dragon, it is advisable to decouple yourself from the Chinese economy immediately. And it seems that this fact isn’t lost on Tokyo either.

Banking and financial services is, of course, a strategic sector. And when we talk about Japan- the third-largest economy in the world, the stakes are truly very high. The amount of data and finances at stake are simply enormous.

If the Sino-Japanese disputes over issues like Chinese incursions near the Senkaku Islands escalate or if China tries to retaliate against Japan’s support to Taiwan, Hong Kong or Xinjiang, then Beijing would have no qualms in hurting the Japanese economy. So, it makes sense for Japan to decouple from China in this particular sector.

Yet, Japan’s bid to move away from China’s financial industry is a huge jolt for Beijing. China has been eyeing Japan’s financial sector for quite some time, and Beijing has been looking to encourage the role of Chinese entities in Japanese banking.