Quad will remain dormant till White House has a Republican President, but for now Japan has launched Triad with India and Australia 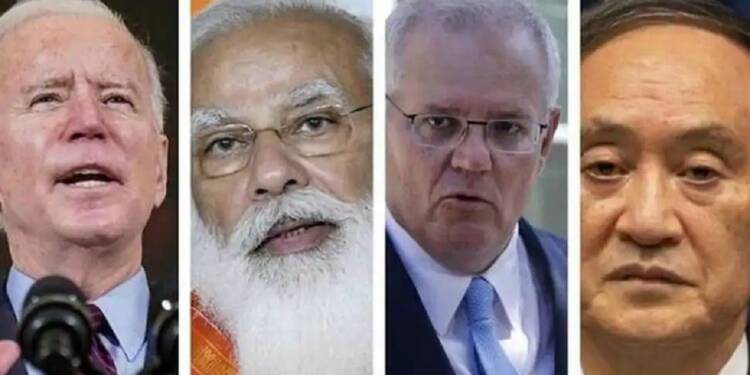 With Trump’s exit from the White House and Biden’s accession to power, the QUAD- an informal group comprising India, Japan, the US and Australia has been rendered practically ineffectual. QUAD, which is impliedly supposed to check China’s rise by promoting a “Free and Open Indo-Pacific” (FOIP), will remain in a moribund state until a Republican President comes to power in the US.

However, QUAD’s temporary downfall does not mean that Chinese belligerence would get legitimised. In fact, a serious pushback against Chinese aggression is in the offing with Japan launching a triad that also includes India and Australia. While the QUAD remains ineffective, the India-Australia-Japan axis would do much of the heavy lifting, as far as containing Beijing is concerned.

Originally, it was Japan which devised the “Free and Open Indo-Pacific” strategy. The central theme of the strategy was to advocate rule of law in the Indo-Pacific region, with special emphasis on tackling Chinese belligerence and incursions in the mainly maritime region. Trump, of course, mastered the strategy with the formation of the QUAD.

Yet, the nostalgic value of FOIP is simply too enormous in Tokyo. Even though Biden is undermining the spirit of the widely appreciated concept by debilitating the QUAD and also introducing weaker ideas like “Secure and Prosperous” Indo-Pacific, which gives greater room to Beijing, Japan simply cannot let FOIP vanish into oblivion.

Therefore, Japan was more than happy to launch the Supply Chain Resilience Initiative (SCRI) alongside India and Australia. The ultimate purpose of the Initiative is to “create a virtuous cycle of enhancing supply chain resilience with a view to eventually attaining strong, sustainable, balanced and inclusive growth in the region.”

A joint statement by the Trade Ministers of the three SCRI read, “Based on the high-level consultations among Australia, India and Japan since September, the ministers noted the importance of risk management and continuity plans in order to avoid supply chain disruptions and affirmed their commitment to strengthen resilient supply chains. Possible policy measures may include: (i) supporting the enhanced utilization of digital technology; and (ii) supporting trade and investment diversification.”

It is agreeable that the SCRI seems more geo-economic than geopolitical on the face of it. While it quite clearly addresses Chinese economic hegemony in the Indo-Pacific, there is not anything to suggest that it can lead to a joint front against Chinese military aggression and belligerence in the region.

Read More: China can breathe easy now because Biden has effectively pulled the plug on Quad

However, the way diplomacy has shaped up over the past year, it would not be prudent to rule out the multi-sectoral uses of intergovernmental initiatives.

Moreover, in the case of China, absolutely nothing can be read in isolation. Beijing is ready to weaponize just about anything from the health sector to trading and investment in pursuit of its global domination dreams. The response to such a sheer show of authoritarianism must also be comprehensive in scope.

Going ahead, Biden’s Sinophilia is bound to eclipse QUAD’s strategic importance. Therefore, the SCRI must gear up to take on the paper Dragon, even if the US does not rally behind Canberra, New Delhi and Tokyo. The QUAD can remain dormant for the time being, but the India-Japan-Australia triad is ready to take China head on.