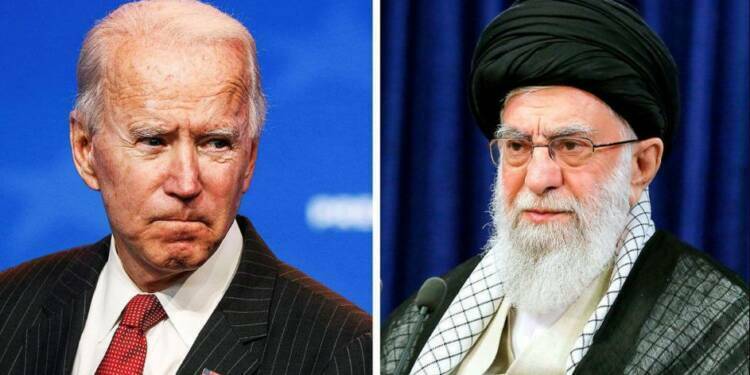 The Shi’ite nation of Iran never really stopped its campaign to somehow manufacture weapons of mass destruction. As early as last year, it has now been revealed that Iran was trying hard to get hold of the technologies and knowledge required for the making of nuclear weapons. Due to Trump’s ‘Maximum Pressure Policy’ which Joe Biden has not been able to fully do away with yet, Iran has been suffering a severe cash and resource crunch. Inevitably, its endeavours to procure nuclear weapons technology are suffering a setback. That, however, does not necessarily mean that Iran has stopped trying.

According to The Netherland’s General Intelligence and Security Service, the Islamic Republic of Iran made multiple attempts in 2020 to obtain technology for its weapons of mass destruction program and has not stopped its drive to develop atomic weapons. The Intelligence Service “investigated networks that tried to obtain the knowledge and materials to develop weapons of mass destruction. Multiple acquisition attempts have been frustrated by the intervention of the services.”

According to the Dutch report, as reported by Fox News, “The joint Counter-proliferation Unit (UCP) of the AIVD [the General Intelligence and Security Service] and the MIVD [the country’s Military Intelligence and Security Service] is investigating how countries try to obtain the knowledge and goods they need to make weapons of mass destruction. Countries such as Syria, Pakistan, Iran and North Korea also tried to acquire such goods and technology in Europe and the Netherlands last year.” Iran’s regime was listed under the document’s section on preventing “countries from acquiring weapons of mass destruction.”

Although the explosive report did not elaborate as to whether Iran’s regime illegally obtained technology and equipment for its nuclear program, it has proven in the affirmative that Tehran is in no mood of stalling its military nuclear program. The report has caught the public eye at a time when Iran and the United States are huddled in Vienna – deliberating unofficially on the broad contours of a Joint Comprehensive Plan of Action or the 2015 Iran Nuclear Deal revival.

Read more: Iran is so emboldened now that it came close to attacking an American vessel in the Persian Gulf

Despite it being revealed that Iran has always been working towards somehow getting its hands on atomic weapons, that the Biden administration continues to engage with Tehran is nothing short of shameful and a complete abdication on part of the White House to protect America and to secure it against hostile regimes. Instead, it seems with every report which exposes Iran, Joe Biden’s resolve to re-enter into a nuclear deal with Tehran gets emboldened manifold.

If a deal is finalised soon and Joe Biden lifts the excruciating Trump-era sanctions Iran is currently suffering under, rest assured, the path to Tehran getting hold of nuclear weapons will not be a very long and tedious one. Perhaps the only impediment to Iran’s nuclear weapon ambitions is a severe cash crunch and the absence of a nuclear deal with the United States and other countries as of now. Once Iran and other constituents of the nuclear deal come on the same page regarding the Shi’ite nation’s civil nuclear program, the process of it getting hold of a nuclear weapon will only get expedited.

Essentially, what Joe Biden is doing is making the road of Tehran acquiring a nuclear weapon easily, or rather, full of roses for the Iranian regime. Against whom such nuclear weapons, once procured, will be pointed is anybody’s guess. But then, it would be too late, and Joe Biden’s lasting legacy would remain that he put the United States of America under grave danger only to remain the liberal blue-eyed boy of American media, and most importantly, former President Barack Obama.