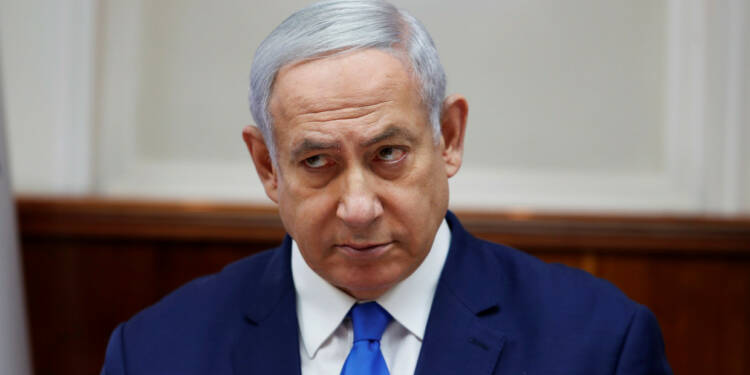 The whole political left has come raining down on Israel and instead of understanding the situation or providing a balanced narrative of things happening. Israel is witnessing massive riots and there is global pressure on it to not conduct any construction in Jerusalem. But Benjamin Netanyahu has clarified his stand and stands resolutely with the same belief that he will not listen to the left-liberal world.

As per news reports, Israel “firmly rejects” pressure not to build in Jerusalem, Prime Minister Benjamin Netanyahu said on Sunday following spreading international condemnation of planned evictions of Palestinians from homes in the city claimed by Jewish settlers. The city has been facing a lot of heat with the protests turning violent and any retaliatory measure being used to build a narrative of brutality. However, even in these tough times, Israel’s Prime Minister is unshakable in his commitments.

His remarks come as Israel’s justice ministry announced that a crucial Monday hearing in the case, which may result in Palestinian families being evicted from their homes in Jerusalem to make room for Jewish settlers, has been postponed.

Israel’s security forces were on high alert Sunday, following a weekend of violent Palestinian protests in Jerusalem, as well as the launch of a rocket from Gaza into southern Israel late Saturday and clashes along the security fence with the coastal enclave. Police and the military were bracing for more unrest after the holiest night of Ramadan on Saturday night, as well as Jewish celebrations of Jerusalem Day on Sunday and Monday. Security officials are concerned that further escalation of violence in the capital could lead to a wider conflict.

Read more: After Ukraine, Biden’s open support to Palestine has brought Israel and Palestine on the verge of a war.

As per Channel 12, the new Palestinian street rhetoric is of a “war for Jerusalem and the Al-Aqsa Mosque.” According to the network, Hamas is currently refraining from shooting rockets in the Gaza Strip, although this could change rapidly. Meanwhile, the terror organisation is encouraging its West Bank operatives to carry out attacks and inflame tensions.

“We firmly reject the pressure not to build in Jerusalem. To my regret, this pressure has been increasing of late,” Netanyahu said during a televised address ahead of national commemorations of the Israeli capture of east Jerusalem in a 1967 war. “I say also to the best of our friends: Jerusalem is Israel’s capital and just as every nation builds in its capital and builds up its capital, we also have the right to build in Jerusalem and to build up Jerusalem. That is what we have done and that is what we will continue to do,” Netanyahu said.

Dozens of Palestinians and several Israeli police officers have been wounded in clashes in recent days in east Jerusalem’s Sheikh Jarrah neighbourhood, the scene of a long-running land dispute and located a short walk from flashpoint holy sites.

The dispute, in a strategic location close to Jerusalem’s Old City, has added fuel to tensions around the nearby Al-Aqsa mosque, Islam’s third-holiest mosque, during the Muslim holy month of Ramadan. Hamas in Gaza has threatened attacks against Israel if the high-profile case goes against the Palestinian families. And even though the left-liberal cabal is come to all guns blazing against Israel, Netanyahu has announced that its policy on Jerusalem would continue as it is.

Once the lackeys of China, Baltic nations now consider China as a threat and Trump is to be thanked for it