‘I won’t speak more, or I will be in trouble,’ Biden candidly admits that he is not the one running the US 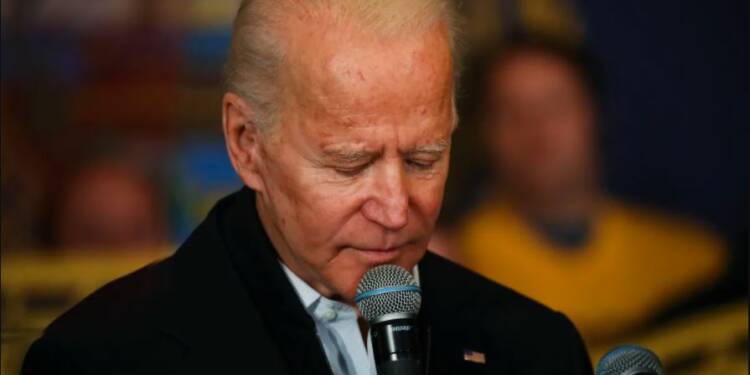 The President of the US cannot say what he thinks, because he runs the risk of getting into trouble with his invisible seniors. We are not saying this, rather Joe Biden has himself admitted that he doesn’t really have the authority to speak too much.

According to a USA Today report, Biden upon being asked a question about the pandemic responded by saying that he cannot speak any further or he will get into trouble. Really, does Biden have to fear someone in the US? So, is there a super-government in the US, overriding the Biden administration? Perhaps it is Obama or just the Deep State or the Big Tech or maybe Kamala and Pelosi are running the show behind the curtains.

As per USA Today, Biden was fielding his fourth question from a reporter after speaking about the pandemic, at which moment he issued an apology. The sitting US President said, “Look, I’m sorry. This is the last question I’ll take.” He added, “I’m really going to be in trouble.”

Joe Biden is simply too senile, weak and powerless to be a US President. And his administration officials do not even try to hide it. Last week, Jen Psaki, White House Press Secretary said that that communications shop frowns on Biden’s willingness to answer reporters who shout questions at him. She said, “That is not something we recommend.”

Biden has a clear instruction to follow. Psaki said, “In fact, a lot of times we say `Don’t take questions’.”

And then, there is a great urge at making Biden stray clear of the more controversial issues like the ongoing migrant surge at the Southern border of the United States of America. If Biden speaks at all, he is simply supposed to speak about the easier issues such as climate and the Pandemic.

But why can’t Biden simply speak his mind? In fact, the US has been used to Presidents who don’t fear getting into trouble and engage in candid discussions with the media, even on difficult issues.

Take House Speaker Nancy Pelosi and Vice President Kamala Harris, for instance. While Pelosi exercises way too much influence in the Biden administration even though she isn’t a part of the administration, Kamala Harris often oversteps her scope of authority and starts doing things, which the President of the United States should be doing.

Then there are other powers too. Far-left Democrats like Alexandria Ocasio-Cortez (AOC) have shown the ability to strong-arm Biden into changing his migrant policies. Similarly, there are clear signs of how Biden tends to religiously follow the policies of his former boss Barack Obama. This hints at the role of the Deep State and the former US President in the present administration.

So, the message from the invisible super-government is loud and clear- Biden should say what we want him to say, or otherwise, he should simply remain quiet. Biden is the US President, but he has no real authority. In fact, even if he speaks too much, he risks running into trouble.