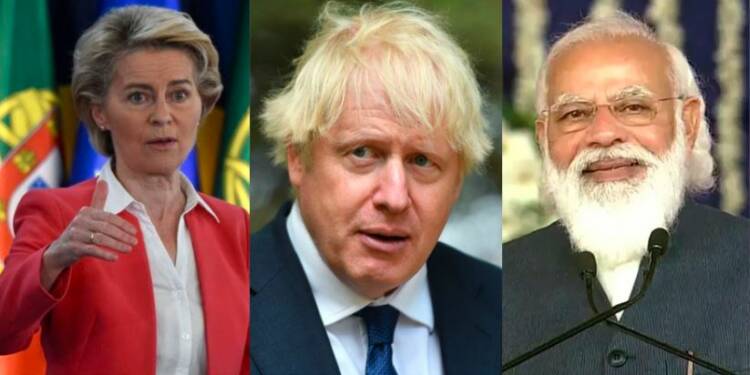 The European Union and India agreed on May 8 to resume bilateral free trade talks, eight years after their first attempt failed and as both sides are now looking for alternatives to China. The news comes only one day after the United Kingdom and India agreed to a £1 billion trade and investment deal as part of their recent Enhanced Trade Partnership.

As part of the latest Enhanced Trade Partnership, the UK and India announced new trade and investment worth £1 billion. The Serum Institute of India will spend £240 million in the manufacture of Oxford-AstraZeneca vaccines and sales in the UK, bringing the total investment to £533 million. At the same time, British companies in India reported £446 million in export deals. This is on top of a £25.5 billion trading partnership that existed in 2019.

The new agreement is expected to increase jobs in both countries, increase bilateral trade, and open up new opportunities in industries like food and beverage, business services like law and accounting, advanced engineering, defence, education, energy, life sciences, and healthcare. It would also lower tariff and non-tariff barriers for companies at a period when global growth expectations following the Covid-19 pandemic are unclear.

On the heels of the enhanced trade deal with the UK, the EU resumed the talks with India eight years after they gave up on the talks in 2013. The European Union and India agreed on May 8 to resume bilateral free trade talks, eight years after their first attempt failed and as both sides are now looking for alternatives to China.

The two sides declared a “watershed moment” in their relationship by agreeing to restart talks that were suspended in 2013 and cooperate on a wide range of other issues. Senior EU officials expressed their delight at the possibility of closer relations with India at a press conference following the closed-door talks.

Indian Prime Minister Narendra Modi was supposed to attend an online press conference following the meeting, but he didn’t show up. He cancelled his trip due to the devastating pandemic outbreak in his country, and the plans for a face-to-face EU-India summit in Porto, Northern Portugal, fell through. His presence was the first time that an Indian leader attended a conference with all of the EU’s leaders from afar.

17 EU countries have sent more than 100 million euros ($122 million) in pandemic assistance to India, including oxygen generators, drugs, and ventilators, according to Von der Leyen.

In order to speed up the process, parallel discussions on investment rights and geographic indicators – a key interest for the EU, which places a premium on protecting its unique goods – will be held while trade talks are ongoing, according to von der Leyen.

The two sides have agreed to collaborate further in fields such as supercomputing for pandemic and climate change modelling, artificial intelligence, and digital and transportation connectivity, according to a six-page joint statement.

The EU, which is eager to extend its presence in the Indo-Pacific region, is attracted by India’s warm ties. The EU’s ties with China have deteriorated as a result of Beijing’s treatment of its Uighur Muslim minority, prompting the bloc’s ratification of a bilateral investment agreement to be put on hold.

Negotiators from the EU and India will face a difficult task in securing a free trade agreement. The last time they tried, six years of negotiations resulted in no agreement, with problems like car parts and duties on wine and spirits thwarting an agreement.

Moreover, both the EU and the UK want to strengthen their ties in the future, culminating in a potential Free Trade Agreement, given India’s large market, easing business climate, cheaper labour, and presence of ever-increasing middle-class consumers.

After UK’s exit from the European Union, it has been signing trade deals with major trading partners all around the world, thus the race to entice India is important for both the EU and the UK.