Even as Biden continues his tirade against formal voting rights, the UK is coming up with strict voting laws 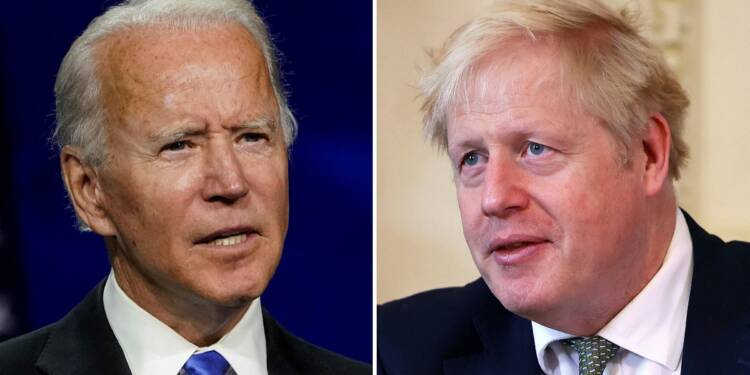 While the Biden administration has shied away from taking stringent actions to make sure there is no voter fraud, the United Kingdom is coming up with strict voting laws, which will make sure the trust of the people in the festival of democracy is maintained. The Biden administration has been against the provision of the voter ID even if it can make the voting process fool proof, suggesting that it is “racist” to require it. The United Kingdom is not willing to compromise the voting process just for the sake of false virtue signalling.

Britons will have to show photo ID to vote in future general elections, ministers are poised to confirm this week, as a means of tackling fraud which critics claim could deter poorer and ethnic minority voters from taking part in democracy. The proposal is to be included in Tuesday’s Queen’s speech, which will set out the government’s post-pandemic priorities and the laws it intends to pass in the forthcoming parliamentary session.

Local authorities would issue voter IDs, but voters would have to register for them ahead of time, before the polls opened. The reforms will have an effect on both national and local elections in the United Kingdom. In Northern Ireland, voters are now required to present identification in order to vote. According to the Guardian, their election amendments include a cap on the amount of postal votes that can be cast on behalf of others, in addition to the photo ID requirement.

President Joe Biden is outraged with the ‘Election Integrity Act of 2021’ passed by the state of Georgia. The law, which is aimed at streamlining and codifying the election process in the state has been at the centre of a controversy since Republican Governor Brian Kemp signed it into law.

Liberals have been losing their minds over how elections can be made a fair game in America. Such is the heartburn being experienced by liberals and Democrats, that they are now calling for an economic boycott of the state of Georgia. What’s worse, the President of the United States is echoing such sentiments.

However, now, leftists in Britain are attacking it, relying upon what “activists” in that evil U.S. say against requiring voter ID.

Voter suppression straight out of the US Deep South, Republican playbook. Don’t take my word, the US’s biggest civil liberties groups have said as much:https://t.co/NBy5WXcw7b

They have quoted American civil liberties groups, stating that American civil rights groups have already warned Britons that such measures are often used to disenfranchise voters who do not have the required paperwork. The changes would affect UK-wide and English elections, while voters in Northern Ireland are already required to show identification before voting.

However, the government of the day is resolute in its decisions and is sure to go ahead with the reform. And even as Biden continues his tirade against formal voting rights, UK is coming up with strict voting laws.