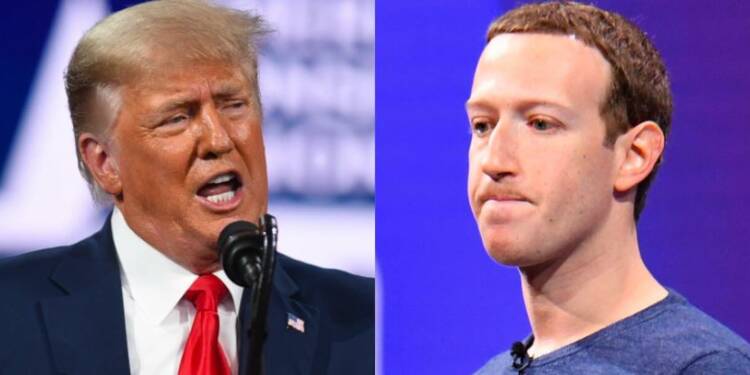 Recently, Facebook’s Oversight Board upheld Donald Trump’s ban from Facebook and Instagram, but said it was “inappropriate” to impose the “indeterminate and standardless penalty of indefinite suspension.” The board upheld the company’s decision to ban Trump following the Jan. 6 insurgency at the US Capitol Hill, finding that he had violated Facebook’s rules by praising violence. It also criticised the indefinite suspension and remanded the case to the company to either permanently ban Trump or set a time frame for when he can return.

Former Danish Prime Minister Helle Thorning-Schmidt, a board co-chair, even referred to the company as “a bit lazy” for failing to impose a specific penalty in the first place.

Facebook stated that it is now reviewing the ruling and will take “clear and proportionate” action. In this case, the board’s response may have been more than Facebook anticipated when it established the advisory body. However, the decision — and the public reaction to it — demonstrates how difficult it is to hold Facebook accountable given its size and power.

In many ways, the board’s decision is more about Facebook than it is about Trump. The board focused on something that critics have long complained about: the way Facebook enforces its rules can appear arbitrary. It is frequently unclear which rules are being followed and why.

When it came to Trump, the board stated that an indefinite suspension was not in its rule book and violated the principles of free expression. In an interview with Axios, Helle Thorning-Schmidt said, “What we are telling Facebook is that they can’t invent penalties as they go along. They have to stick to their own rules.”

She claims that this type of arbitrary decision, made on the spur of the moment, has fueled claims that Facebook is biased. She added, “We will only get rid of this talk that Facebook is leaning towards certain political opinions when we get to a stage when all decisions on Facebook and Instagram are taken with transparency and clarity and where all users are judged by the same standard.”

In a broader set of recommendations, the board also pushed Facebook to be more transparent about how it treats political leaders and other high-profile accounts. The board stated that the company should apply its rules consistently, regardless of whether the user is a president or an ordinary citizen. However, it acknowledged that people with large audiences, such as politicians or celebrities, can cause disproportionate harm — and said Facebook should act more quickly when those users violate the rules.

This is in contrast to how Facebook — and, for that matter, Twitter — currently treat politicians and other public figures. In matters of public interest, both companies have exemptions from their rules, and Facebook’s CEO has stated that the company should err on the side of allowing more political speech. In practice, this meant that Trump appeared to be able to post things that would have gotten the average Facebook user banned.

Facebook should do a better job of explaining its “newsworthiness” policy and how it applies to “influential accounts,” according to the board. According to that policy, Facebook does not remove posts that violate its rules if the company believes they are “newsworthy and in the public interest.” (Facebook stated that this policy was never applied to any of Trump’s posts.)

The board stated that the policy’s obscurity gives the impression that Facebook “may be unduly influenced by political or commercial considerations” — in other words, it is avoiding Republican criticism or looking out for the bottom line. The board’s criticism did not end with Facebook imposing a “vague, standardless penalty.” It chastised the company for attempting to outsource its final decision on Trump.

“Facebook has a responsibility to its users, to its community, and to the broader public to make its own decisions,” Jamal Greene, another board co-chair and Columbia constitutional law professor, recently said at an Aspen Institute event.

Tensions between the views of the board and Facebook on the scope of their roles were also evident in the board’s revelation that the company refused to answer seven of the 46 questions it posed about the Trump case. Facebook refused to answer questions about how its own design and algorithms may have increased the reach of Trump’s posts and contributed to the Capitol assault.

“The ones that the company refused to answer are precisely related to what happened prior to January 6,” Julie Owono, an oversight board member and executive director of the digital rights group Internet Sans Frontières, said at the Aspen Institute event. “Our decision says that you cannot make such an important, serious decision for freedom of expression, freedom of speech, without the adequate context.”

Critics have used flaws like the board’s inability to force Facebook to answer questions it doesn’t want to answer and its lack of legal or enforcement authority, to argue that the board is little more than a fig leaf for Facebook’s lack of accountability.

For many people across the political spectrum, the decision this week confirmed their previous beliefs. Lawmakers took advantage of the opportunity. If Republicans retake control of the House, House Minority Leader Kevin McCarthy, R-Calif., has promised to “rein in big tech power over our speech.”

Thorning-Schmidt, co-chairing the Oversight Board, expressed concern about autocratic governments stifling free expression online. However, as dissatisfied as critics are with executives such as Zuckerberg and Twitter’s Jack Dorsey making difficult decisions about online speech, there is opposition to the idea that the government should intervene.