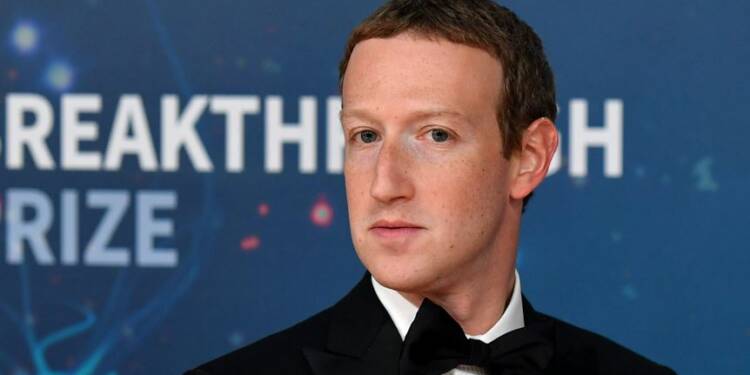 Mark Zuckerberg is the chairman, co-founder and chief executive officer of Facebook and controls around 60% of the voting shares. Needless to say, he is a significant and exceptionally powerful man and recently, the significance and the extent of power Mark Zuckerberg holds was confirmed by Benny Thomas, Facebook’s Global Planning Lead.

A new undercover video recently released by Project Veritas shows Facebook’s Global Planning Lead himself stating that Facebook has too much power and that government action is not only warranted but necessary to limit the damage the Big Tech giant does to society. Yes, one of Facebook’s own is highlighting the dangers of the powers the internet giant holds.

Mark Zuckerberg, by holding a majority of decision-making control over Instagram, Facebook Messenger, Oculus and WhatsApp, has the capacity to singlehandedly influence the actions, choices and narratives of 2 billion people. He has access to one of the biggest pools of data available on this planet, Alphabet Inc. being the only competition.

In the undercover video, we can see Facebook Global Planning Lead make some eye-opening revelations. “Most people don’t understand these things and most people don’t think about them — which is why a lot of sh*t goes down because a lot of people aren’t paying attention,” Thomas said.

“No king in the history of the world has been the ruler of two billion people, but Mark Zuckerberg is — and he’s 36. That’s too much for a 36-year-old. You should not have power over two billion people. I just think that’s wrong,” he said.

Earlier in 2019, New York University Stern School of Business professor, Scott Galloway said “The notion that we are going to have one individual deciding the algorithms for an encrypted backbone of 2.7 billion people is frightening — regardless of that person’s intentions.” He went ahead and added, “a key safeguard for society is the diversity of media/viewpoints, checks and balance,” Galloway says. He adds that people should be concerned by “the notion that one set of algorithms, controlled by one person who cannot be removed from office” would have a significant influence over the platform through which billions of Facebook users around the world consume information every day.

These were only theorisations back in 2019 and a lot has happened since. The whole Donald Trump episode as well as the revelations vis a vis Cambridge Analytica among many others have provided instances where this mega machinery, that is Facebook was used to compromise freedom of speech and expression as well as people’s right to privacy.

Earlier in January, Adam Mosseri, the head of Instagram (a subsidiary of Facebook) had openly admitted that Facebook was not a neutral platform and has its political biases. This was followed by the banning and de-platforming of Donald Trump, the then-sitting President of the most powerful country in the world, the USA. This can be a great measuring tool to understand the extent of power Facebook and Mark Zuckerburg hold in this changing world order.

The event of de-platforming of Donald Trump highlighted how Social Media giants like Facebook can create a narrative against almost anyone based on fake news and concocted lies from their platforms and thus, stifle free speech and right to information with absolutely no consequences.

Facebook can and has impacted elections big time. The fact that Benny Thomas, Facebook Global Planning Lead admitted he was part of a Facebook project that pushed to register voters and said he believes Joe Biden benefited from it, is a most overt exemplification of the same. In an earlier leaked video, Mark Zuckerberg was seen endorsing Joe Biden’s policies in a closed meeting with employees.

This danger of Facebook impacting the elections in a way making a joke out of the whole democratic exercise of conducting and partaking in elections is real and had made countries take on Facebook to curb its powers. Australia has already made Facebook reach an agreement with news agencies in its sovereign territories for profit-sharing, similar steps have been taken by France. Facebook is forced to follow the strict European Union’s privacy policy and other countries are also emulating the EU model. Even Russian authorities have taken the social media giants including Facebook to the task and have clearly warned them to either behave as per law of the land or get out.

Read more: Uganda teaches a lesson to Big Tech after what they did to Donald Trump.

The actions are also visible in the Republican states like Florida and Texas. While Florida is looking to rein in Big Tech with legislation addressing censorship, election interference and privacy concerns, Texas Governor Greg Abbott also announced, “We are working with Sen. Hughes on legislation to prevent social media providers like Facebook & Twitter from cancelling conservative speech.”

So, it makes perfect sense when even the Facebook Global Planning Lead expresses a need for Government Intervention in Facebook and diversifying the control over Facebook, curbing the powers of Mark Zuckenberg. This effectively means breaking up this Big Tech giant which is what many have been calling for to safeguard democracy.

This is not the first instance, however, the scale is much larger than the 80s, when another large company was broken down into smaller entities as the government found it to be too big. In 1899, American Telephone & Telegraph (AT&T) took over the American Bell Telephone Company and using Alexander Graham Bell’s patent for the telephone became the behemoth of the industry with absolute control. In 1984 US government broke AT&T up into US West, Ameritech, NYNEX, BellSouth, and others, while AT&T retained control of its long-distance business. AT&T, Verizon (the result of the merging of NYNEX, GTE, and Bell Atlantic), and CenturyLink would collectively absorb most of the spun-off companies.

Mark Zuckerberg has become extremely powerful and going ahead he is sure to be a danger for the normal functioning of the world’s democracies, as Facebook misuses its algorithms to psychologically influence more and more areas of thought among populations across the word. That is why when Benny Thomas talks about breaking up Facebook, he is entirely correct, and past precedents tell us that the American government can definitely do it. So, Zuckerberg may think that he is invincible for not for long.