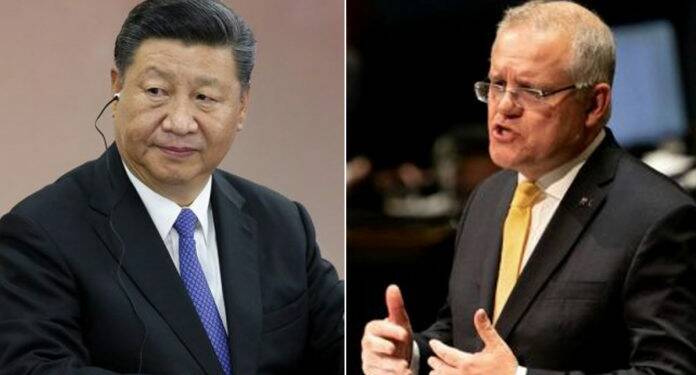 Jargon, definitions and minute technicalities matter in diplomacy, especially when you are dealing with something as complicated as the China-Taiwan conflict. Australian Prime Minister Scott Morrison’s remarks reflect the level of ambiguity mere words can create. Morrison, who has emerged as a leading China hawk over the past one year, has given a rather controversial statement about the island nation of Taiwan.

Asked about Canberra’s Taiwan policy, the Australian PM remarked, “We have always understood the ‘one system, two countries’ arrangement, and we will continue to follow our policies there … ‘one country, two systems’, I should say.” In lack of proper clarification, it is not clear if Morrison’s remarks were a slip of tongue or a sharp U-turn to endorse China’s line on Taiwan.

Morrison referred to ‘One Country, Two Systems’. But this policy is generally applicable to Hong Kong and not Taiwan. Australia’s Taiwan position is guided by its ‘One China Policy’ which does not recognise the island nation as an international state but does pursue bilateral cooperation in areas like trade, culture and education.

Australia’s ‘One China Policy’ is however different from the one professed by Beijing. China has been time and again raking up the ‘One Country, Two Systems’ policy for unification with Taiwan. However, both sides of Taiwanese politics have rejected the proposal and have also expressed concern about how the Communist nation is trying to turn the island nation into another Hong Kong.

So, Morrison’s remarks had a major diplomatic fallout. They seemed to suggest that Australia supports China’s Taiwan policy in toto.

Morrison faced criticism within Australia for his Taiwan remarks. Labour Party’s Foreign Affairs spokeswoman Penny Wong told Guardian Australia, “There are few more sensitive issues for our security than Taiwan and Mr Morrison’s lack of focus on detail is enough to keep you up at night.”

The Morrison government finds itself in a tight spot after Prime Minister Morrison’s Taiwan remarks. Morrison’s seemingly pro-China remarks over Taiwan come days after the Australian Defence Minister appeared to put his weight behind Taiwan in the likely event of a China-Taiwan conflict.

Yet, no proper clarification has come from Morrison’s end. In fact, on Wednesday, Morrison seemed to reaffirm his “One Country, Two Systems” position regarding Taiwan.

When asked by SBS News, if he had made a mistake in his earlier remarks about Taiwan, Morrison said, “What we know is that we have a situation with China where we’ve recognized — we’ve recognized — how they see these relationships within the region, and particularly in relation to Taiwan, formerly Hong Kong and things of that nature.”

He added, “And so Australia understands that and that’s always been the basis of our policies.”

But the Australian Federal Government, diplomats and officials do not confirm any change in Canberra’s Taiwan policy. ABC claimed that federal officials, diplomats and lawmakers contacted by it said that they could not understand Morrison’s Taiwan comment.

ABC quoted a senior diplomat as saying, “I assume he just made a mistake and didn’t want to admit it.” The Federal Government too issued a statement reading, “Australia’s one-China policy has not changed.” It added, “However, Australia maintains close and positive unofficial ties with Taiwan, an important trade and economic partner.”

To make things clearer, it concluded, “The Prime Minister’s comments on ‘One Country Two Systems’ were in relation to Hong Kong.”

Australia has given the entire democratic world the hope of containing China in its own backyard. Now, Morrison should not convolute things by creating ambiguity about Canberra’s Taiwan policy. Even if the Australian PM made a mistake while explaining his government’s position, he must admit it and clear the air.

Either the Morrison government has succumbed to rising Chinese pressure against Australia or Prime Minister’s remarks were merely an embarrassing gaffe. However, the Australian PM won’t be able to restore his credibility on the critical issue unless he clarifies what he was actually trying to say. Until then, Australia’s allies will have to stay in ambiguity about what the Morrison government actually thinks of Taiwan.

To ensure that no one remembers Hong Kong as a free and vibrant democracy, China has started writing alternate history