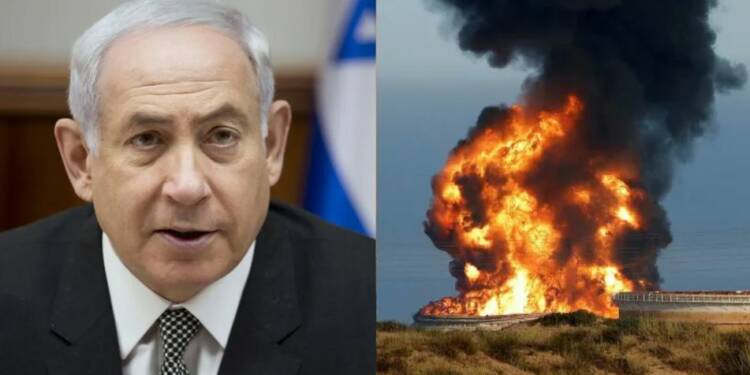 The ongoing Israel-Gaza conflict is no sporadic act of violence. An angry Israel is in no mood to stop, and it might as well ensure that the end of Hamas is here. Hamas, the terror group that controls Gaza, made a huge mistake by firing around 2,000 rockets into Israel. In response, Israel has made it clear that Hamas will have to face horrid costs and consequences for attacking the Jewish nation.

On Friday, Israeli Prime Minister Benjamin Netanyahu said, “It (Israel-Gaza fighting) will take time, but with great firmness, both defensively and offensively, we will achieve our goal to restore peace to the State of Israel.” He also disclosed, “We eliminated senior Hamas commanders and this is just the beginning.” The Prime Minister also warned, “We will inflict blows on them that they couldn’t even dream of.” Netanyahu also disclosed that the Israeli military would use “increasing force”.

And the Israeli military is actually doing what the Prime Minister said. Over the past one day, Israel has pulverized Hamas leadership and terror infrastructure with airstrikes, artillery canons, tank fire and ground troops.

The Israel Defence Forces informed that 160 aircraft, flying simultaneously, targeted the extensive network of tunnels dug by the Hamas terror group under Gaza city. As many as 450 missiles were dropped by Israeli fighters, hitting and destroying 150 targets in Northern Gaza. The air assault lasted 40 minutes.

IDF spokesperson Hidai Zilberman described the underground network in Gaza as a “strategic asset” to Hamas. Presently, the IDF is assessing the level of damage caused to the tunnels in Gaza.

Zilberman also said that apart from the aerial attacks, Israeli tanks, artillery guns and infantry troops also launched an assault on those Hamas targets, which were attacking Israel. However, Zilberman clarified that ground troops remained on Israel’s side of the border, contradicting earlier claims by IDF.

In total, 500 artillery shells and 50 tank shells were fired in this round of bombardment by Israel. Palestinians in Gaza claimed that these strikes lasted for over an hour and caused several casualties. The air and ground assaults have however made it clear that the Jewish nation has meticulously collected intelligence on Hamas targets, which is being used to launch pinpointed strikes in Gaza.

Israel is tightening its defences and preparing for a long haul on the Israel-Gaza border. Some 9,000 Israeli reservists have been called up to join the regular troops on the border. The signs are clear- Israel could be preparing for military raids inside Gaza by bringing in reserves to guard the border.

Meanwhile, the casualties toll in Gaza has already topped 100. Yet, Hamas continues provoking Israel, which ultimately leads to more retribution from the IDF.

We just stopped another Hamas attempt to fire toward Israel.

In fact, Hamas has crossed the threshold of Israel’s patience. It has been reportedly using Shehab suicide drones. The Al Qassam Brigades- Hamas’ militant wing claims that Shehab drones were developed and built locally. However, these suicide drones resemble Iranian designed drones which have been used by Houthis in the Yemen war.

In any case, if Hamas has started using lethal drones against Israel, then the Jewish nation could also use its deadly drones to ravage the Hamas leadership.

Earlier, Israel also rejected a truce offer made by Hamas. In fact, Israel’s defence minister Benny Gantz warned, “Israel is not preparing for a ceasefire. There is currently no end date for the operation. Only when we achieve complete quiet can we talk about calm.” The Defence Minister added, “We will not listen to moral preaching against our duty to protect the citizens of Israel.”

Similar signs are coming from the Israeli military. Army spokesperson Jonathan Conricus expects the fighting to intensify. Asked about the possibility of a ceasefire, Conricus said, “I don’t think my commanders are aware, or particularly interested,”

Israel’s message is clear- it will not stop attacking Hamas, unless there is “complete quiet”, even if it means complete destruction of Hamas.

Under Biden, Chinese listing increases by 20% in US stock exchanges and US investment in Chinese firms tops 400%