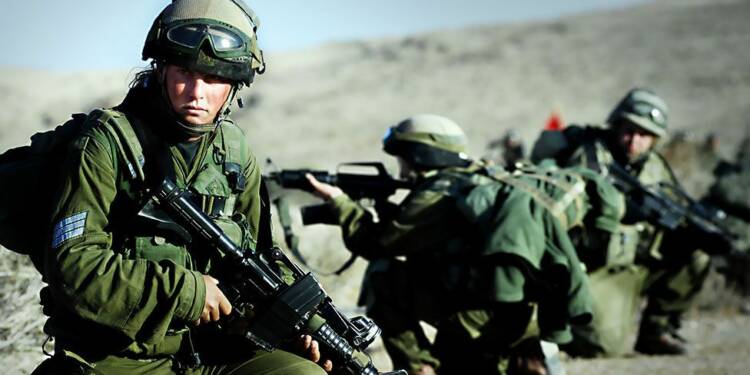 The world is moving into an unconventional form of warfare, which involves innovative tools like disinformation campaigns and deliberate fake news to misguide the adversary. And guess who masters these unconventional techniques- the Jewish State of Israel. Israeli security agencies have been successfully using such unconventional methods to sabotage Iran’s nuclear programme.

On Friday, Israel once again proved its ability to trick its adversaries. This time, it was Hamas’ turn to face the shrewdness of the Israel Defense Forces (IDF). On Friday, the Israeli military used an ambiguously worded statement to outdo Hamas- the de facto controller of Gaza. The Israeli military said, “IDF air and ground troops are currently attacking in the Gaza Strip.” The vague statement ultimately exposed Hamas’ “metros” to the Israeli warplanes.

The ambiguous statement issued by the Israeli military was immediately picked up by the media houses in the Jewish nation. The statement was even interpreted to speculate a possible ground invasion of Gaza, which created a sense of unrest in the Hamas leadership.

Hours later, the Israeli military issued a “clarification”. It said that no Israeli troops went into Gaza, but by that time news outlets had already reported the ground offensive extensively. To be very clear, Israeli ground troops really did not cross into Gaza. The Associated Press, in its analysis, also concluded that there was no ground incursion by the IDF into Gaza.

While the reports of the ground offensive were played down by Israel’s defence establishment, SFGATE claimed that Israeli military commentators said the media was used as bait to lure Hamas fighters into a trap which ultimately destroyed its underground network of tunnels known as “the Metro.”

Or Heller, a veteran military correspondent on Israel’s 13TV said, “They didn’t lie.” Heller explained, “It was a manipulation. It was smart and it was successful.”

In fact, the deceptive strategy seems to have started from Thursday itself. Israel built up what can be described as sheer hysteria of a possible incursion into Gaza. Late on Thursday, IDF announced that reservists were being scrambled and reports of a troops build up on the border started doing the rounds. Another ominous sign came in the form of artillery shelling at targets inside Gaza.

As per Heller, panicked Hamas fighters would soon rush into defensive positions- an underground network of tunnels dug up in Gaza, which is called “the Metro”. And soon, the Israeli Air Force came into action.

Read More: With his overt support to Palestine, Biden has handed Putin the keys to the global power structure

As if already waiting for the final act of the entire script, Israel called in 160 warplanes which kept targeting the underground tunnels for 40 minutes. Not only did the tunnels face the fury of the Israeli Air Force, but scores of Hamas fighters who had rushed into “the Metro” also got caught up in the Israeli military offensive. The exact quantum of damage cannot be assessed with accuracy, but you can imagine how neatly Hamas got outplayed.

Heller said, “What we saw tonight was a very sophisticated operation that had a media aspect to it.”

Hamas hasn’t made any comment about the entire incident. Well, don’t expect it to speak about the humiliating turn of events either. What Israel did on Friday is bound to go down in military history as a lesson on how disinformation and media manipulation can be used to fight proxy groups and militias.