Under Biden, Chinese listing increases by 20% in US stock exchanges and US investment in Chinese firms tops 400% 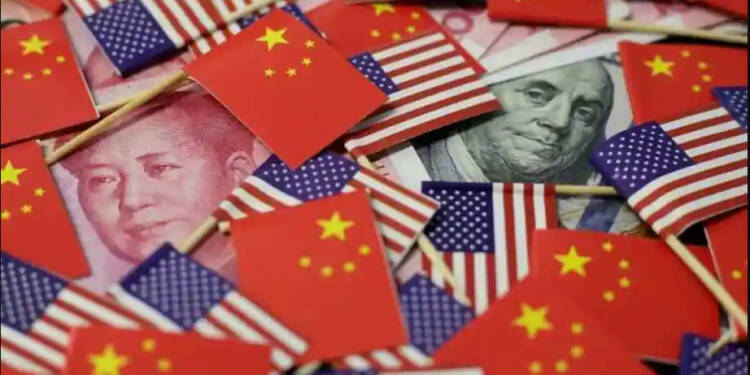 Despite Washington’s increased attempts to restrict market access to businesses it considers a security danger, the number of Chinese companies listed on US stock markets has increased by 14% in the last seven months.

According to a report published on Thursday by the US-China Economic and Security Review Commission, there were 248 Chinese companies listed on the major US stock exchanges – Nasdaq, the New York Stock Exchange, and NYSE American – up from 217 on October 2. 17 Chinese companies were also delisted from US exchanges during this period.

According to Dealogic details, Chinese companies raised a total of US$17.55 billion in US initial public offerings in the year ending in April, more than four times the US$4.1 billion raised in the same timeframe a year prior. Since April 2015, the 12-month amount has been at an all-time high.

“US capital is cheap right now, and Chinese companies, like US companies, did not want to miss the gold rush,” said Benn Steil, director of international economics at the Council on Foreign Relations in New York.

The activity, according to Matthew Kennedy, a senior IPO strategist at Renaissance Capital in New York, demonstrated the Chinese business view that “although Hong Kong will always be there, they will not always be able to list in the United States. So raise US dollars now while they can, face potential delisting sometime in the future.”

However, investor interest in Chinese stocks in the United States has started to wane. Since October, when the S&P 500 index and the Dow Jones Industrial Average both rose 23%, the total market capitalization of these firms has dipped marginally – by US$100 billion – to US$2.1 trillion. This is in contrast to the previous year, when Chinese companies’ overall market capitalization nearly doubled from the previous year, far outpacing major indexes.

Kennedy attributed the recent falls in Chinese stocks in the United States to a number of factors, including geopolitical tensions. “The US has a tougher stance towards China and that really translated into poor returns. The anticipation of delisting may have contributed to the recent decline,” he said.

“The Chinese government’s tougher approach against tech giants has also led to the sell-offs,” Kennedy said. Nonetheless, a range of Chinese companies have announced plans to list in the United States in recent weeks, including Soulgate, a social networking app, Ximalaya, a podcast site, and Hello, a bike-sharing business.

“I’m surprised that we’re still seeing so many companies file,” said Kennedy. “We’ve recently seen the IPO market underperform over the last two months. So we do expect it to be harder for Chinese companies to go public. There’s going to be valuation pushback.”

Last year, Chinese stocks were hammered as the Trump administration said that many of the country’s corporations posed a national security threat. President Donald Trump released an executive order in November prohibiting Americans from investing in 44 companies listed by the Defense Department as having links to the Chinese military. According to the congressional survey, Semiconductor Manufacturing International Corporation (SMIC) and China National Offshore Oil Corporation (CNOOC) were amongst the 17 companies that have been suspended from American exchanges in recent months.

The three Chinese telecommunications carriers China Unicom, China Telecom, and China Mobile were also classified among the delisted companies, according to the report; the NYSE filed for delisting requests last week. The exchange of those companies’ American depository receipts (ADRs) will cease 10 days after the filings.

Two other companies on the list, Xiaomi and Luokung Technology, were allowed to stay on the exchanges after federal judges ruled in their favour, finding that the Defense Department’s list was “overly long.” Separate US legislation, known as the Holding Foreign Companies Accountable Act, was signed into law in December and requires foreign companies to be subject to the same financial scrutiny as any other public corporation in the United States. The law will require Chinese companies listed on US exchanges to send audits to US regulators, a long-standing issue that Beijing has declined to address, citing national security concerns.