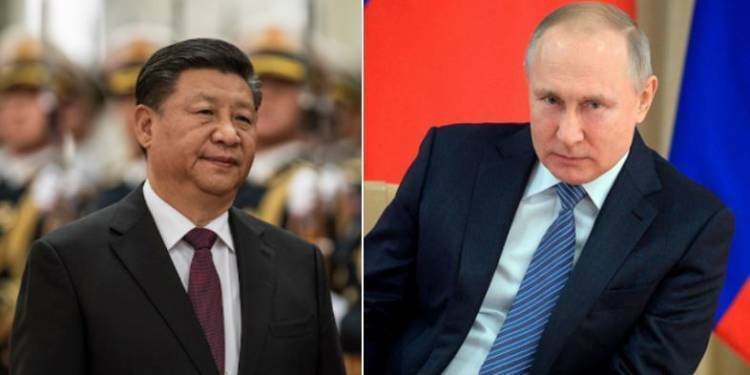 Moscow is reinventing the Russian Navy that fell into disarray after the Cold War and the Soviet collapse, in lack of warm-water ports and naval bases. In fact, Russia is on a shipbuilding spree to create a fleet of warships that would handle a future war with China in the Arctic region.

Vladimir Pospelov, a member of the Military-Industrial Commission under the Russian government, has announced that the Russian Navy will receive around 40 warships and vessels of different classes this year. This builds on an announcement made by Russian Defence Minister Sergei Shoigu last year that the Russian Navy was going to get 32 vessels this year- four submarines, six surface vessels, and 22 motorboats and service vessels.

And then, Russia’s naval ambitions are not meant to be a mere show of power but is actually supposed to counter the threat posed by China, which calls itself a “near-Arctic State”.

Russia itself has no qualms in showing that the upcoming naval fleet is supposed to handle the China threat in the Arctic region. Moscow is therefore not looking to build large aircraft carriers, guided-missile cruisers and destroyers which symbolised the grandeur of the Soviet Navy. Rather, it is looking at smaller warships- frigates, corvettes, small surface combat vessels and small submarines.

Russia’s small vessels strategy is particularly helpful in a region like the Arctic where mobility is going to remain an issue for many decades to come. Any future war in the region will call for long-range munitions on smaller warships.

The point is, Moscow no longer wants to become the big blue water Navy of the Soviet era that aspired to lock horns with the NATO allies. It only has to become a powerful, green-water Navy that can protect the Arctic region from Chinese intrusions, which explains the focus on smaller assets.

In fact, the Russian Navy is already testing its military hardware for functioning in the Arctic. Last month, three Russian nuclear ballistic missile submarines surfaced simultaneously breaking the Arctic ice during military drills. The commander-in-chief Nikolai Yevmenov of the Russian fleet informed President Putin about the difficult manoeuvre through a video link.

Yevmenov said that the sophisticated manoeuvre was carried out by submarines “for the first time in the history of the Russian Navy”. The submarines surfaced within a small radius of 300 meters and broke 1.5 meters deep ice in the process.

Putin said, “The Arctic expedition… has no analogues in the Soviet and the modern history of Russia.” In a show of strength and apparent message to China, the Russian Defence Ministry also published the footage of the submarines emerging from underneath exploring, creating a loud noise in the process. This marked an announcement of the Russian Navy’s resurgence in the extremely cold Arctic weather.

The Kremlin is beefing up its defences in the Arctic. It realises that with climate change, Beijing is waiting for the entire Russian Arctic connecting Asia-Pacific to Europe to become a viable trader route. But Moscow wants primacy and exclusivity along its coastal baseline in line with the international maritime law. Putin has several decades to prepare for a war against China in the Arctic and he has started with a massive Navy modernisation programme.