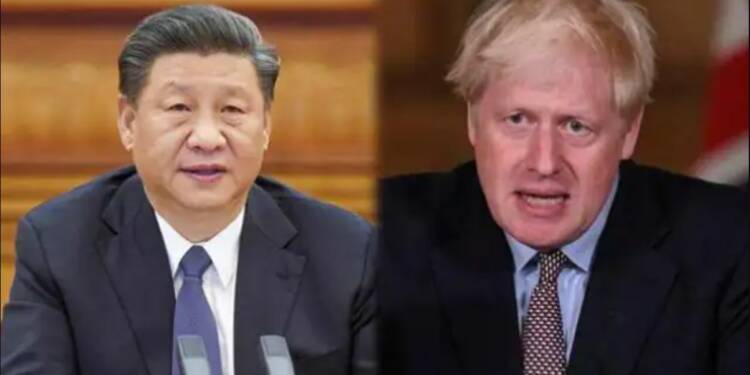 The recent developments world over and the coming out of China into the world as the serious contender for the top position during the pandemic, have made the UK realise that it needs to take some fast and significant actions in the realm of upgrading its fire power. The UK is now out of the European Union, and with the restrictions of the EU out of the picture, it recently announced the most significant overhaul of its military, pledging the biggest increase in military spending since the Cold War.

As per news reports, the UK is shrinking its army and cutting its tank forces to spend more on creating a nimbler, better-equipped military with more special forces and drones. “We are all of us light years away from a superpower in scale so don’t have the option of being able to cover all the bases all the time,” UK Defence Secretary Ben Wallace said. The realisation has come after the world is moving towards the Indo-Pacific as it is the new flashpoint and geopolitical theatre of 21st century conflict.

The UK is trying to start the post-Brexit period with signalling its entry as a major Navy. The strongest British fleet in decades is about to embark on a tour of 40 countries focusing on the Indo-Pacific, in an attempt to demonstrate British military might in an area where the US is trying to fight Chinese influence. HMS Queen Elizabeth, one of two new aircraft carriers essential to the United Kingdom’s new foreign-policy strategy, leads the fleet. The strategy aims to strengthen partnerships within the North Atlantic Treaty Organization and around the world while cementing the “unique relationship” with the United States.

The UK is making new deals right left and centre and the deal with India was part of that. As part of the latest Enhanced Trade Partnership, the UK and India announced new trade and investment worth £1 billion. The Serum Institute of India will spend £240 million in the manufacture of Oxford-AstraZeneca vaccines and sales in the UK, bringing the total investment to £533 million. At the same time, British companies in India reported £446 million in export deals. This is on top of a £25.5 billion trading partnership that existed in 2019. This is one of the many deals that Britain is making for the creation of a post-Brexit system and as part of this, it is also thinking to compliment these trade deals with the military strengthening.

Read more: After a successful UK-India trade talk, EU goes out of its way to woo India

Britain is increasing its intelligence, surveillance, and reconnaissance spending. It is also forming a new Ranger Regiment, akin to the Green Berets, to participate in clandestine missions around the world. He believes that Britain’s more autonomous power will forge alliances on the ground without relying on the US. “We are not going to pretend we have armoured divisions we don’t have, and we are not going to have ships that are wrapped up in plastic and tied up,” he said.

The UK, for example, is working with a group of other EU nations led by France in operations in the Sahel region of Africa that are aimed at combating Islamist militants. “It may be, as America tilts to China, that Europe, where there is a growing Islamist threat, has to do more in Africa,” Mr. Wallace said. Still, European forces in Africa remain reliant on US intelligence and logistical support.

The British fleet’s expansion is timely for the US Navy, which is being stretched by a Russian naval revival and China’s rise as a sea force, as well as US commitments in the Middle East. China’s naval forces have been bolstered to include two aircraft carriers, with at least one more in the works. The UK carriers will offer some relief to the US’s 11 flattops, which are overworked as a result of their prolonged deployments. The United Kingdom has said it will purchase 138 F-35B warplanes in recent years, but it has only committed to 48, of which 21 have been delivered.