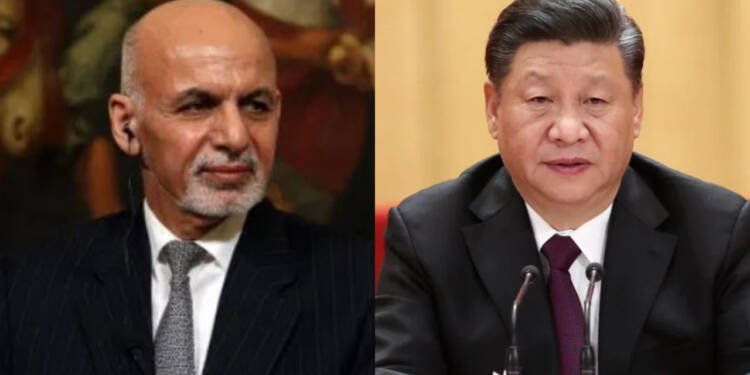 China is torn between seizing the possible opportunity offered by the US withdrawal from Afghanistan and the pervasive, well-founded concern that the nation will devolve into civil war and instability once more.

Yun Sun, Director of the China Program at the Stimson Center in Washington, wrote this week that Chinese experts are split “on whether the US withdrawal from Afghanistan poses more obstacles or opportunities,” noting that while American troops on China’s border were never welcome, the Afghan quagmire provided a welcome diversion for Washington, CNN said.

Chinese Foreign Minister Wang Yi said this week at a meeting of Central Asian leaders that Beijing supports the withdrawal of foreign troops from Afghanistan and is prepared to play a role in supporting future “stability and progress,” according to CNN.

China’s Foreign Ministry spokeswoman, however, had criticised the “recent abrupt US announcement of complete withdrawal of forces,” saying it had “led to a succession of explosive attacks in the country, worsening the security situation and threatening peace and stability as well as people’s life and safety,” according to CNN.

Unlike the Iraq War, which China vehemently opposed, China’s leaders quietly supported the 2001 invasion of Afghanistan, signing on to a UN Security Council resolution condemning the Taliban for harbouring al Qaeda and Osama bin Laden and calling for a new government.

This was in part due to a recognition that, under the Taliban, Afghanistan had become a centre of turmoil on China’s border, hosting not only militant groups aimed at the West, but also suspected Uyghur organisations seeking independence for Xinjiang, including one that Beijing blamed for several terrorist attacks in China during the 1990s and 2000s, according to CNN.

Song Zhongping, a Chinese military expert, cautioned this week that “even if the Afghan government and Taliban reach an agreement to form a new government peacefully… we should be prepared for any other possibility,” according to state media.

This might lead to a stronger military presence in the region: China has increased its international troop presence in recent years and claims of People’s Liberation Army soldiers operating in Afghanistan have long been unconfirmed.

But most importantly, the collapse of the security architecture of Afghanistan would make it impossible for China to access the $3 trillion worth of mineral wealth. China has been eyeing the resource-rich regions but now it is in a conundrum.

China needs the resources, but as has been a lesson well learnt from the past, Afghanistan has become a military black hole for nations trying to gain influence in the country. The USSR during the late stages of the cold war and the United States for the past two decades have showcased the exact nature of challenges any state faces while vying to gain influence in Afghanistan. While both the United States and the USSR had been at the peak of their powers, China cannot afford to do the same. Neither does it have the military competency nor the Economic backing to continuously fund a peace architecture in Afghanistan.

“You can kill me, this is where our friendship will end”, a defiant Duterte tells Xi Jinping