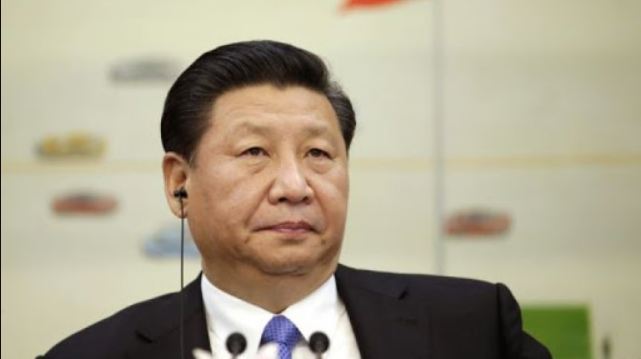 The criticism of Beijing for institutionalised genocide of the Uighur Muslims has been spectacularly muted in the Islamic states. These messiahs of the Muslim World have supported China where they should’ve criticised it. Thus, anguished over the failures of their governments to support the Uighur Muslims and to protect the sovereignty of their state from China’s expansionism, jihadist organisations have banded together and declared China an enemy.

Beijing’s treatment of the Uighurs in Xinjiang is the largest-cited concern about China’s global jihadist discourse, but more narratives are emerging about China’s external policy and its rising presence in the Islamic world.

In pursuing its geopolitical goals and ensuring its rising international interests, Beijing is becoming significantly more committed and that has raised several concerns among the jihadist groups which now see China as an enemy.

Explicitly, the Islamic State (IS), al-Qaeda, the Islamic Group of Turkistan (TIP), Tehrik-i-Taliban Pakistan (TTP) and others have declared China an enemy. These groups view China as an imperial or colonial power, which extends its political, economic and military influence abroad, fosters authoritarian governments and utilises natural resources.

Many jihadist organisations have become more explicit in opposing Chinese policies in recent years and are threatening China. The apparent anti-China rhetorical emphasises more now on Chinese policies in the Islamic region rather than on Uighurs, signalling a shift that China’s expansionist policies such as the BRI are not welcome.

The threat from the jihadists is real. Jihadists have threatened China over Xinjiang and its foreign policies and there is a real intent behind the rhetoric. Militants have targeted many nationals in several countries.

The Turkistan Islamic Party, Tehrik-i-Taliban Pakistan, the Islamic State, and others have explicitly declared China an enemy and have conducted operations against Chinese nationals. In Pakistan, there is a lengthy record of jihadist groups as well as Sindhi and Baloch militants attacking Chinese citizens.

BRI projects in Pakistan have already been a repeated target of the jihadists. The Chinese government has repeatedly warned and expressed displeasure due to the attacks on Chinese assets in Pakistan.

Baloch and Sindhi separatist groups in Pakistan announced that they were aligned with the aim of attacking the Belt and Road Initiative projects and Chinese interests in Pakistan, thereby increasing China’s security costs.

Chinese nationals have also been killed in neighbouring Afghanistan.

A Chinese hostage in Syria was executed by the Islamic State in 2015, and two Chinese nationals in Pakistan were murdered by IS operatives. The Counter Extremism Group reported, “In January 2020, the conspiracy of seven terrorist suspects was broken up when they were taken into custody in Brest, northwest France, allegedly targeting a French military establishment and Chinese New Year’s celebrations in Brest,” adding that “this cell was supposed to be a party to ISIS.”

Jihadist organisations such as Tehri-i-Taliban Pakistan, Turkistan’s Muslim Party and the Muslim state expressly referred to the Belt and Road Initiative as an imperialist tradition. China is accused of acting as an aggressor of having imperialist ambitions and supporting what jihadists see in countries like Pakistan, Myanmar and Syria as repressive governments.

Moreover, in countries like Pakistan and Turkey, the Uighur has now become radically active against atrocities against Muslims. The public anger against China in Pakistan over the persecution of Uighur Muslims has gradually started to catch up.

In January last year, Chinese companies had banned their employees in Pakistan from praying, after which many of Pakistan’s clerics and leaders had raised their voices against China. At the same time, leaders of opposition parties in Turkey last year accused the leaders sitting in Ankara of secretly selling the Uighurs to China in lieu of the coronavirus vaccine.

Clearly, when global Islamic organisations have declared China as their new enemy, China may face problems with Islamic nations as well. China has already been entangled in geopolitical tensions with countries like India, the US and Japan. However, the way Islamic jihadist organisations have now declared war against China is evident in the escalating tensions in Beijing.