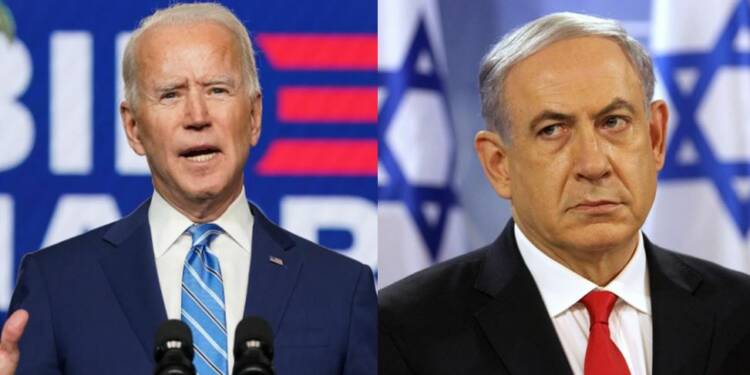 As the Israel-Gaza conflict escalates, Hamas is suffering a lot of damage. In an ideal world, Hamas should come pleading for a ceasefire. But US President Joe Biden is rather pushing Israeli Prime Minister Benjamin Netanyahu to stop retaliation. Palestine, in turn, is eyeing a major opportunity here and seeking some major concessions from the Jewish nation as a precondition for any ceasefire.

On Sunday, the US Ambassador to the United Nations, Linda Thomas-Greenfield, told the UNSC that the US was ready to offer support “should the parties (Israel and Hamas) seek a ceasefire”. On the same day, Palestinian Ambassador to Algeria Amin Maqboul sought suspension of Israeli settlement activities, as a necessary precondition for a ceasefire. Biden administration’s policies are clearly emboldening the Palestinians here.

Make no mistake, Israel has a big advantage in the ongoing fighting and Hamas has taken serious pushback. The Israel Defense Forces (IDF) have managed to successfully target and eliminate the top Hamas leadership. But at the end of the day, Washington is Israel’s top ally. So, when the Biden administration pushes for a ceasefire, Palestinian leaders do feel emboldened.

Amin Maqboul, for instance, said, “Whenever an escalation occurs in Palestine and a new aggression is launched by the Israeli occupation, some international powers, led by the US administration and European parties, rush to request the situation to be calmed.”

He elaborated, “But in the conditions, we are living in now, the calm must have a price, because the party which provoked it was the Zionist enemy [Israel], with its aggression against Jerusalem, allowing the settlers to enter Al-Aqsa Mosque courtyards, and the attempt to confiscate houses in Sheikh Jarrah.”

The Palestinian Ambassador demanded specific decisions and measures related to Jerusalem in the first instance and cessation of Israeli settlement activities. Maqboul was therefore making a reference to Jewish settlements in the West Bank. So, despite the mounting death toll in Gaza, Palestine wants a change in the status quo. It is behaving as if it is negotiating from a position of strength.

Meanwhile, Biden spoke to Netanyahu on Monday. The US President directly pushed Israel for a ceasefire this time around. A White House readout of the telephonic conversation between the two leaders stated, “The President expressed his support for a ceasefire and discussed U.S. engagement with Egypt and other partners towards that end.”

In his telephonic conversation with Netanyahu, Biden did reiterate “his firm support for Israel’s right to defend itself against indiscriminate rocket attacks.” But the big message going across was American support for a ceasefire.

Far-left Democrats and the antisemitic lobby in the Democratic Party is constantly nudging Biden to criticise Israeli retaliation against Hamas. Yet, Biden seems to have found a middle path, by stopping well short of criticising Israel but still pressing for a ceasefire. However, even this works for Palestine and Hamas which will now try to put a big price on any ceasefire proposal and make difficult demands for ceasing the Israel-Gaza hostilities.