The Arab leadership flexes its muscle in the Israel-Palestine conflict. Lebanon’s foreign minister is the first casualty 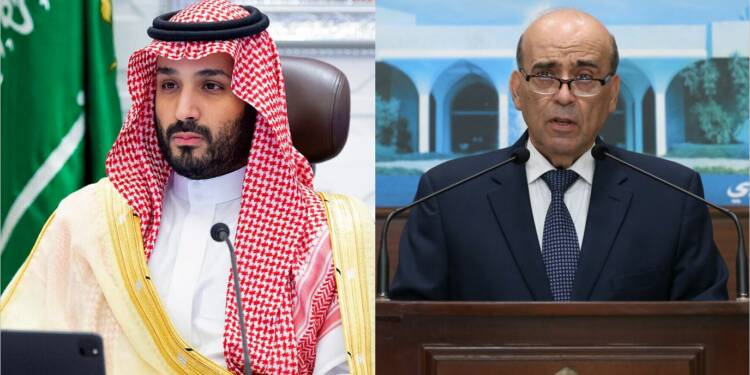 Many countries in the Middle East are trying to use the opportunity of the Hamas-Israel confrontation to take shots at the Arab leadership, and the latest developments prove that Saudi Arabia and other major Arab countries are not willing to take it lying down, and there will be serious repercussions for such attempts. Saudi Arabia’s foreign ministry summoned on Tuesday the Lebanese ambassador in Riyadh and handed him a memorandum of protesting against the Lebanese foreign minister’s “shameful comments” toward the Kingdom, the official SPA reported.

Following this, Lebanon’s foreign minister said he had quit his post on Wednesday after his comments in a television interview strained ties with traditional Gulf Arab allies and donors. Charbel Wehbe, a member of Lebanon’s caretaker government whose portfolio was taken over by Defence Minister Zeina Akar, suggested on Monday that Gulf states had supported the rise of Islamic State, among other disparaging comments.

Charbel Wehbe threatened to stoke new tensions in a television interview on Monday when he appeared to blame the Gulf for the rise of ISIS in Iraq and neighbouring Syria. “Those countries of love, friendship and fraternity, they brought us ISIS,” he told al-Hurra without naming them. Saudi Arabia’s Ministry of Foreign Affairs expressed its strong condemnation and denunciation “of the disgraceful insults that [his] statements contained towards the Kingdom, its people and the brotherly Gulf Cooperation Council (GCC) countries,” SPA reported.

These developments prove that the Arab leadership and the major Arab countries are keen on keeping up the progress made by the Abraham accords and will in no way tolerate any attack on them that is meant to weaken their narrative. Recently, The United Arab Emirates, which was the first of all Arab nations to sign an Abraham Accord with Israel, has reportedly issued a stern warning to Hamas. As per Israeli media, the UAE is said to have asked Hamas to stop its hostile actions against Israel, or else its planned investments in the Gaza Strip may not move forward.

Globes, a Hebrew-language financial newspaper, has quoted a senior Emirati official as saying, “We are still ready and willing to promote civil projects in cooperation with the Palestinian Authority and under UN management [in Gaza], but our necessary condition is calm.”

The departure of the Foreign Minister confirms that the Arab leadership is flexing its muscle in the Israel-Palestine conflict and any action or comment against them will be dealt with a proportionate response. To avoid further straining relations with countries that have been Lebanon’s allies and donors, Lebanon’s president said on Tuesday that the foreign minister’s critical remarks about Gulf states did not represent official policy.

“Given the repercussions that these disgraceful statements may have on the relations between the two brotherly countries, the Ministry summoned the Ambassador of the Lebanese Republic to the Kingdom to express the Kingdom’s rejection and denunciation of the abuses issued by the Lebanese Minister of Foreign Affairs, and he was handed an official memorandum of protest in this regard,” the statement on SPA concluded.

Does Putin have dirt on Biden? Decoding Biden’s Pro-Russia moves