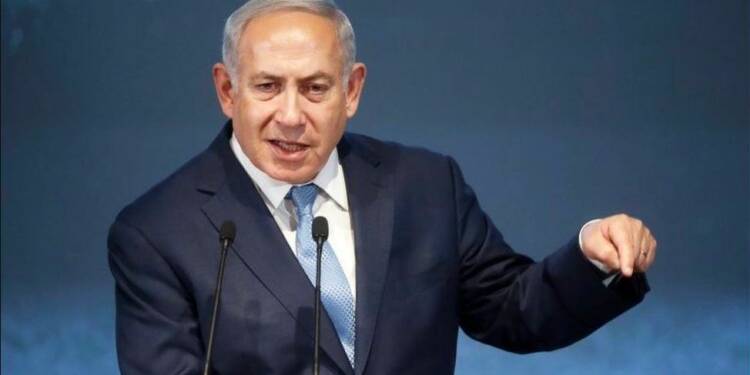 Joe Biden did not want to call Netanyahu, after coming to power. But now, he is blowing up Netanyahu’s phone and pleading for a de-escalation. He has called Biden four times since the Israel-Gaza hostilities started on May 10. Meanwhile, Netanyahu has rejected a ceasefire. Netanyahu said that right now, Israel is engaged in “forceful deterrence” but the Jewish nation is “not ruling out anything,” including “conquering” Gaza.

Netanyahu made these remarks during a speech, schooling a gathering of 70 foreign ambassadors and diplomats about how Hamas is an evil organisation that uses civilians as “human shields”. He also described criticism against Israel as the “height of hypocrisy and stupidity.”

Israeli Prime Minister, a former commando in the Israel Defense Services (IDF), actually spoke like more of a military commander during his speech to foreign diplomats at the Israeli Army headquarters in Tel Aviv. Netanyahu said, “You can either conquer them (Hamas rulers) — and that’s always an open possibility — or you can deter them.”

He added, “We are engaged right now in forceful deterrence, but I have to say, we are not ruling out anything.”

A visibly angry Netanyahu also pushed back against questions as to how long the operation will go on. He said, “We aren’t standing with a stopwatch. We are concerned with the objectives of the operation.” He added, “Previous operations lasted a long time, so it is not possible to set a timeframe.”

Presently, Israel has mobilised its military including tanks, artillery and infantry units at the Gaza border. And from Netanyahu’s briefing to a gathering of diplomats from countries like the US, the European Union, Russia, China, India, Germany, Austria, Australia, Japan, the UK, Brazil, Canada, and Italy, it seems that he has no plans of succumbing to mounting international pressure against Israel.

The Israeli Prime Minister accused Hamas and other militant groups of provoking the ongoing round of hostilities. He also slammed international propaganda against Israeli military actions and said that the Jewish nation hoped to restore quiet “quickly”. To counter naive propaganda about war crimes, Netanyahu also showed a video of an airstrike being aborted at the expense minute because there were children in the area.

And then, the Israeli Prime Minister really exposed how Palestinian militant groups work. He said, that Hamas “targets civilians while hiding behind civilians using them as human shields. This is the problem that we face — because Hamas is embedded deeply in civilian areas, because it uses civilian human shields.”

The Israeli PM made it clear his country targets its enemies with “great precision”. But he explained, “That (military action) is not a surgical operation as it is. Even in a surgical room in a hospital, you don’t have the ability to prevent collateral damage around an infected tissue. Even then you can’t. Certainly in a military operation you cannot.”

Netanyahu saved the fiercest of his remarks for Israel’s detractors. He said, “Instead of having the perpetrators who commit double war crimes, who are hiding behind civilians and firing on civilians, not having them criticized but having you criticized is the height of hypocrisy and stupidity. What that does is in fact encourage the terrorists. It gives support, it gives encouragement to the terrorists and that is something that is bad for each one of us.”

The Israeli PM added, “I’m not shy about saying it openly, I think you should support Israel strongly because this is not merely a question of Israel’s security; it’s a question of our common security and our common interests in the Middle East.”

Netanyahu is thus going to carry on the military offensive against Hamas, and if need be, he will order a ground invasion into the Gaza Strip. The Israeli PM is looking to “degrade” Hamas’ capabilities and willpower. The Israel Defense Forces (IDF) have successfully targeted and damaged “The Metro”- an underground network of tunnels dug up in Gaza, which are used by Hamas as defensive positions.

Netanyahu himself said that Israeli bombardment has “set Hamas back by many years”. Now, more assaults are likely to further turn the clock back on Hamas. Netanyahu is thus successfully leading his country out of a dark period. Despite all the international pressure against him, the Israeli PM is annihilating Hamas once and for all.