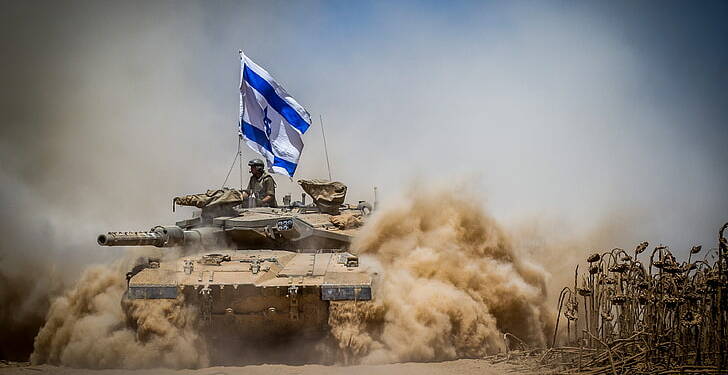 The Israel-Gaza war, which lasted 11 days, came to a temporary halt with a ceasefire being agreed upon by both Israel and Hamas. Needless to say, Israel has emerged as the numero uno winner in the aftermath of the recent fighting between the Israel Defense Forces (IDF) and Hamas. Israel has agreed to a ceasefire from a position of strength, and rest assured, will resume bombing the living daylights out of Hamas-controlled Gaza if the Palestinian militant group decides to take even one aggressive step against the Jewish nation.

While Israel has undoubtedly emerged as the sole winner of the recent conflict in the Middle East, there are also some giants the Jewish nation has slain alongside Hamas. The sudden ceasefire between Israel and Palestine has thrown up at least five big losers. In descending order of embarrassment faced, the five losers are:

The Palestinian militant group, which Israel calls a terror organisation waging Islamic jihad against the Jewish people, has been handed the biggest loss in a very long time by Israel. Hamas, since the beginning of the “11 Day War” was on the backfoot. Hamas started the conflict by firing rockets into Israel and its capital city, Tel Aviv, thus, targeting ordinary and innocent citizens. So, Israel responded with all its might and punishingly pounded the terror organisation.

Hamas, throughout the conflict, was on the edge. It still is, as a matter of fact. It has expended a significant chunk of its human resources and foot soldiers, while its military assets have been bombed and destroyed to rubble. Hamas’ metro tunnel network, its weaponry, its reputation and above all, its goals stand obliterated. The clock has been turned back by many years on Hamas due to the damage inflicted upon it by the IDF. What’s worse, if Hamas takes one wrong step, Israel will have the right to break the ceasefire and exterminate the organisation as a whole.

The Shi’ite nation of Iran is the second biggest loser which has emerged out of the 11 Day War between Israel and Hamas. Iran was banking on Hamas in order to get sanctions imposed upon it by the United States dropped. The plan was to use the hostilities in order to portray Israel as the bad guy and grow even closer to the Biden administration. However, Iran could achieve not even one goal it was aiming for. Yet, being the despotic country that it is, Iran declared victory over the “Zionist enemy” and even congratulated Hamas for the same – only in order to save face domestically.

Not only has Iran’s front organisation in Gaza been minced by Israel, but the United States too has once again tilted towards the Jewish nation. Iran was hoping that it could further sour the ties between the U.S. and Israel by leveraging Tel Aviv’s hostilities with Hamas. However, the Biden administration took a rather drastic turn in favour of Israel, thus. leaving Tehran in the lurch.

Furthermore, the cost of the Biden administration embracing Israel once again will be felt by Iran to an extent it would have never imagined. The Nuclear Deal revival now seems a distant dream for Tehran, as Joe Biden can, under no circumstances, betray and antagonise Israel once again.

President Joe Biden was trying to revive the Iran Nuclear Deal, and Hamas thought that it being an Iranian proxy militia, the United States would not let Israel pound it at any costs. However, the opposite seems to have happened. For Joe Biden personally, siding with Israel once again has made it impossible for his administration to revive the Obama-era nuclear deal.

Joe Biden has been forced to resort to a course correction. By standing in support of Israel, Biden has followed yet another foreign policy pivot of former President Donald Trump. So, the joke is really on him and his administration as they have been proven wrong on yet another foreign policy count. Domestically, Biden faces the threat of being ostracised by far-left Democrat leaders for his newfound pro-Israel stance.

Turkey was using Hamas in order to further its own regional supremacy agenda. Hamas leaders were receiving Turkish patronage. Turkey also proved to be a safe haven for Hamas leaders. The fact that Turkey provides shelter to Hamas leaders is also a big point of contention between Tel Aviv and Ankara. Essentially, Turkey is rather unapologetic with regards to its support to Hamas.

China, being the foolish nation ruled by a despot that it is, was convinced that Iran and Hamas could register a victory over Israel this time around. Imagine the humiliation China faced when it realised that Israel was the unquestionable victor of the recent conflict in Gaza. In fact, China even resorted to its pro-Palestine and anti-Zionist propaganda via state media channels – thus, making its stand on the hostilities amply clear.

China believed that Israel and the United States would be cornered. Obviously, that did not happen. Hamas has been incapacitated for a long time. China has lost face in the Middle East and has further exposed itself as an anti-Israel power. Finally, China has been caught red-handed doing Iran’s bidding, to the extent that it has been taking a rather unnatural anti-Israel stand even at the United Nations.

Essentially, Israel has not just defeated Hamas but has also taken down many other enemies of the Jewish people this time around.