Israel-Hamas conflict: Is Joe Biden finally moving away from the shadow of Barack Obama? 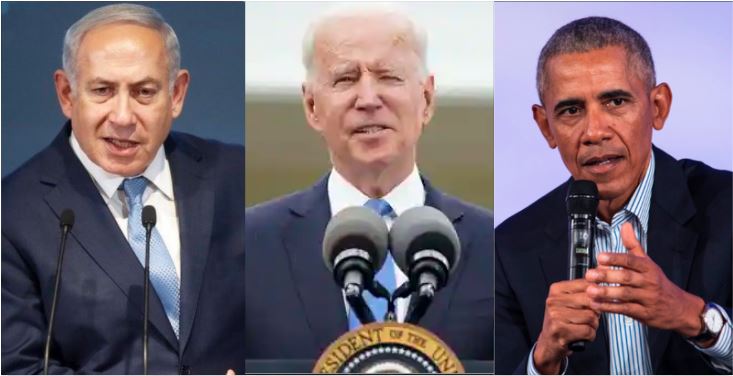 The Biden administration for the large part of his early days continued with the Obama era foreign policy vis a vis Israel and kept increasing pressure on Netanyahu to come to terms with the US intent to sign the nuclear deal with Iran. However, Israel has given stern warnings of waging a war on the Shi’ite nation, in case a weak nuclear deal is signed. Couple this with the current Israel-Hamas conflict, Joe Biden has finally realised the best-case scenario for the USA is to get out of the Obama era bias and support Israel.

On Monday night, US President Joe Biden spoke with Israeli Prime Minister Benjamin Netanyahu, expressing support for Israel’s “right to protect itself” as well as a truce brokered with international partners. Biden “encouraged Israel to make every effort to ensure the safety of innocent civilians,” according to a White House statement, as the war between the Jewish state and terrorists from the Gaza Strip continues to fire “indiscriminate” rockets at Israeli civilians.

Joe Biden had for a long time tried to unseat Netanyahu, but the unprecedented situation that Israel is facing has changed the political paradigm and the arithmetic of the country. During these testing times, many of the political parties and leaders, who were looking for ways to replace the current government of Benjamin Netanyahu, have now decided to come in support of the Prime Minister as they too have realised it is only he who can lead Israel in these war-like situations.

And in addition to this, Netanyahu has shown that Israel will not get intimidated by the international pressure.  Following the spreading international condemnation of planned evictions of Palestinians from homes in the city claimed by Jewish settlers, Prime Minister Benjamin Netanyahu said that Israel “firmly rejects” pressure to not build in Jerusalem. The city has been facing a lot of heat with the protests turning violent and any retaliatory measure being used to build a narrative of brutality. However, even in these tough times, Israel’s Prime Minister is unshakable in his commitments.

Read more: Israel has announced its policy on Jerusalem and the left-liberal world order is rattled

The US designated Hamas a terror organisation during the Bush era. Even Obama did not deviate from this stance. He followed a condescending policy against Israel but never went as far as even remotely legitimising Hamas. However, in the ongoing Israel-Palestine conflict, Biden earlier seems to have shown a sense of weakness against the Gaza-based terror group.

But, now as the way in which Israel stands united under Netanyahu and ready to go to any extent to save itself, and the other Abraham accord countries too, taking a more considerate view of the developments. Biden seems to have realised that going against Netanyahu, at a time when Israel has forged good relations with Abraham Accord Arab countries and is continuing to improve ties with Saudi Arabia, will be bad for American dominance of the Middle East.

In the backdrop of these considerations, during the Monday call between both leaders, Biden also “welcomed efforts to address intercommunal violence and to bring calm to Jerusalem,” after tensions between east Jerusalem residents and Israeli forces over the last month. The leaders also talked about the Israel Defense Forces operation in Gaza against terrorist organisations, including Hamas.

The new realities of the geopolitical realignment post-Trump era seem to have started making sense to Joe Biden and he has realised that following the Obama era policies with allies and contenders alike will not lead to any success and may even make the situation even worse. The Israel-Hamas conflict seems to be the defining moment for the above hypothesis, and it has made Joe Biden finally move away from the shadows of Barack Obama.