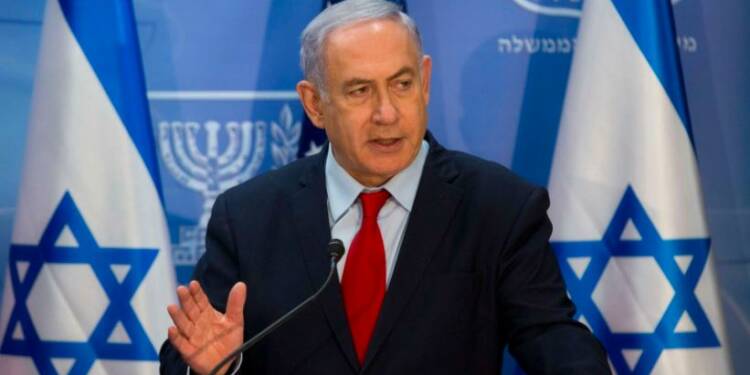 Prime Minister Benjamin Netanyahu has been going through a rough patch since March 23. The fourth election which was held in Israel in a span of two years threw up an inconclusive result. This time around, though, the prospect of Netanyahu forming the government really looked bleak. However, the Hamas’ offensive against the people of Israel seems to have magically resuscitated the fortunes of Benjamin Netanyahu. Needless to say, he is the go-to man when Israel needs to be secured from its enemies.

After 11 days of war between Israel and Hamas, Prime Minister Benjamin Netanyahu has proven himself to be the protector of Israel. The opposition within Israel was so far seemingly gaining an upper hand over Netanyahu’s Likud party. However, the events over the past few days have once again reminded the Jewish people of the grim realities which stare them in the face, and also how the region at large continues to remain hostile against Israel.

Most definitely, Israel has emerged as a victor in the aftermath of the ’11-day war’. The losers, meanwhile, include the likes of Hamas, Iran, the Biden administration, Turkey and China. Yet, Israel would not have won this war had it not been for Prime Minister Benjamin Netanyahu, who took Hamas by its horns and bombed the living daylights out of it.

Even now that Israel and Hamas have reached a ceasefire, Netanyahu has made it amply clear that any misadventure directed towards the Jewish people will not be tolerated. The Israeli Prime Minister said, “If Hamas thinks we will allow rocket ‘drizzles’ — it is wrong. We will respond with intensity to any rocket fire. What was, is not what will be.”

Read more: From an elite commando to a no-nonsense Prime Minister – the rise and rise of Benjamin Netanyahu

Within Israel, Benjamin Netanyahu’s political capital and heft have risen by leaps and bounds. He successfully protected the Jewish nation from a variety of enemies looking to take it down. A glowing example of the changing political scenario within Israel was reflected by the fact that Naftali Bennett, a far-right politician and a key partner, abandoned the talks with opposition leader Yair Lapid last week after the fighting began. The negotiations, which were being held between anti-Netanyahu political parties in Israel to form the next government were also abandoned by Mansour Abbas, the leader of the Arab party.

Whatever unity the opposition parties had tried to manufacture has begun evaporating. With the opposition disintegrating, Israel might just be on the cusp of yet another election – which would be an unprecedented fifth in a span of two years. If things ever reach the fall election of this year, Netanyahu is expected to register a handsome victory, since he has once again protected ordinary Israelis and delivered a jaw-breaking retaliation to Hamas.

Prime Minister Benjamin Netanyahu’s goals are very clear. He wants Israeli control over the West Bank and is willing to go to any lengths to achieve the same. Netanyahu also aims to take steps to ensure that a demographic takeover of Israel by Arabs or non-Jews never sees the light of the day.

Most of the influence which Israel has come to exert in the region is due to Benjamin Netanyahu’s astuteness and a strong sense of Jewish nationalism. At heart, Benjamin Netanyahu is still a soldier. Although his battles are no longer held on the battlefields, he is nonetheless waging a war against anti-Israel forces around the world, and remarkably succeeding in the same.

Benjamin Netanyahu’s political career is far from over. The fact that he has decimated Hamas in the past 11 days will only further strengthen his political hold over Israel. Netanyahu is slated to take Israel to even greater heights here on.