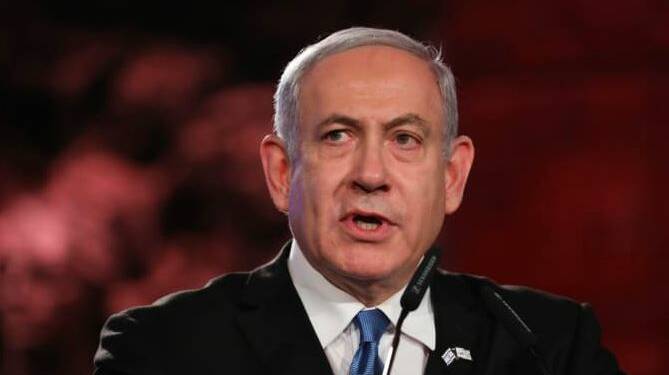 Israeli Prime Minister Benjamin Netanyahu is emerging as a central figure in the Middle East. Those who maintain good relations with the Israeli Prime Minister inevitably benefit in terms of their geopolitical goals being fulfilled in the region. While US President Joe Biden remains loyal to Iran and the Obama-era nuclear deal, he has distanced his administration from Israel. And who is the loser in it all? Naturally – it is America. Israel is a nation which any country around the world cannot ignore or be in the bad books of when dealing with the Middle East.

Most of this influence which Israel has come to exert in the region is due to Benjamin Netanyahu’s astuteness and a strong sense of Jewish nationalism. At heart, Benjamin Netanyahu is still a soldier. Although his battles are no longer held on the battlefields, he is nonetheless waging a war against anti-Israel forces around the world, and remarkably succeeding in the same. While Benjamin Netanyahu is known commonly as the Prime Minister of Israel, not many are aware of the man’s rather glorious history as an elite commando who has shed blood for his country.

Born in Tel Aviv to Jewish parents, Netanyahu was raised both in Jerusalem and for a time in Philadelphia in the United States. After graduating from high school in 1967, Netanyahu returned to Israel from the US to enlist in the Israel Defense Forces (IDF). He trained as a combat soldier and served for five years in an elite special forces unit of the IDF, Sayeret Matkal. As a commando, Netanyahu took part in various cross-border assault raids during the 1967–70 War of Attrition, rising to become a team leader in the unit. He was involved in many other missions, including the 1968 Israeli raid on Lebanon and the rescue of the hijacked Sabena Flight 571 in May 1972, in which he was shot in the shoulder.

Netanyahu also took part in special forces raids along the Suez Canal against Egyptian forces before leading a commando attack deep inside Syrian territory. Netanyahu then returned to the United States in 1973 to pursue higher education. After having completed a bachelors degree in architecture, he went on to study a double-loaded masters degree at MIT. Interestingly, he completed a master’s degree (that would normally take four years) in only two and a half years, despite taking a break to fight in the Yom Kippur War, and while also simultaneously completing a thesis in a graduate course at Harvard.

Prior to the 1988 Israeli legislative elections in Israel, Netanyahu returned to Israel and joined the Likud party. It was here that his extraordinary political career began, and the man has not looked back ever since. Subsequently, he was elected to Israel’s parliament – Knesset. In 1993, he was elected as the Chairman of Likud. He went on to lead the party to victory in the 1996 elections and was appointed as Israel’s youngest-ever Prime Minister.

Apart from being the youngest Prime Minister to get sworn in, Benjamin Netanyahu has also emerged as the longest-serving Prime Minister. From 2009 to this day, Netanyahu has served continuous terms as the Prime Minister. As the leader of Israel, Netanyahu has always worked towards ensuring that his country is safe in what until recently used to be a neighbourhood of adversaries and enemies for it. However, along with the Trump administration last year, Netanyahu signed the Abraham Accords with multiple Gulf countries – leading to the normalisation of ties between Israel and the Arab world.

Now, Israel and Netanyahu’s sole focus is to ensure that Iran does not get its hands on a nuclear weapon. To that end, the Israeli Prime Minister is doing all that is needed to derail Iran’s nuclear programme – both diplomatically and by use of force. Addressing a press conference alongside US Defence Secretary Lloyd Austin, Netanyahu made it clear that Israel will not allow Iran to manufacture a dirty bomb.

Radical steps are being taken by Netanyahu to secure Israel in face of Iran posing an existential threat to it. Benjamin Netanyahu’s political run is far from over, and he has many more heights to conquer here on.