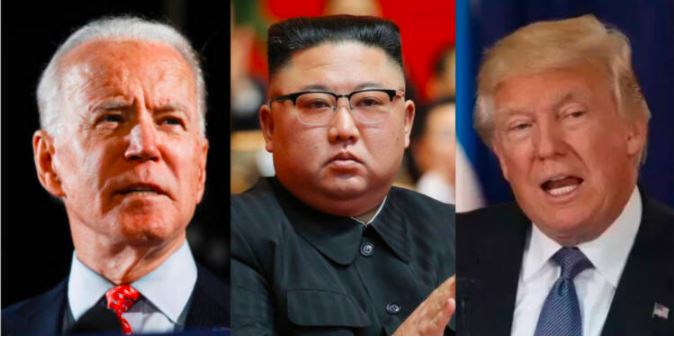 US President Joe Biden has been forced to follow former President Donald Trump’s foreign policy in almost all areas which concern the United States of America. Whether it be most recently, the Biden administration’s sudden support for Israel or the continuation of sanctions on Iran. With regards to China as well, Joe Biden has so far, at least publicly, maintained the Trump-era pressure levels. Now, another foreign policy pivot of Donald Trump is about to be embraced by Joe Biden – and that relates to the Korean peninsula.

Joe Biden on Friday announced he will appoint career diplomat Ambassador Sung Kim as a special envoy to North Korea as the United States and South Korea affirmed their shared commitment to engage diplomatically with the China-sponsored rogue nation to end its nuclear program. The appointment of Sung Kim as a special envoy to Pyongyang assumes significance since he is the same man who played an instrumental role in organising the dialogues between former President Donald Trump and Kim Jong-un.

Sung Kim, as Ambassador to the Philippines, led a delegation of American diplomats to hold talks with North Korean officials in Panmunjom in late May 2018. So, the man who has now been appointed by Biden as a special envoy to North Korea was, in fact, the same man who to a great extent, crafted and carried forward Donald Trump’s North Korea policy.

Read more: Trump was healing the Korean Peninsula, then came Biden. Now North Korea is back to where it was

It would, therefore, not be an overstatement to suggest that by appointing Sung as the special envoy, Biden is paving the way for enhanced backdoor talks between the United States and North Korea, which could ultimately lead to a breakthrough between the two countries. Joe Biden’s foreign policy, for his first two months in office, at least, had alienated American allies from Washington.

A heavy tilt towards Iran and China had made Joe Biden not just a subject of international disgust, but also of domestic ridicule. Ever since, we have seen that Biden has acted in a corrective manner, which is to say that he has been subtly following his predecessor’s foreign policy. Of course, his statements appear to be in stark contrast to Donald Trump’s beliefs and style of functioning, yet, the 46th President of the United States is simply repackaging his predecessor’s foreign policy.

For instance, although Joe Biden on Friday said that he would meet Kim Jong-un, the remark came with a convenient caveat to make people believe that his administration was following an independent and new foreign policy outlook. Biden said, “If there was a commitment on which we met, then I would meet with [Kim]. And the commitment has to be that there is discussion about his nuclear arsenal.” Biden added, “What I would not do is what has been done in the recent past. I would not give him all he’s looking for, international recognition as legitimate, and give him what allowed him to move in a direction of appearing to be more serious about what he wasn’t at all serious about.”

The supposed stern remarks by Biden are clearly a means to ensure that people end up believing that the Biden administration is dealing with the North Korea problem in a new and unique manner when really, it is not. The appointment of a Trump-era diplomat by Joe Biden, who made the former President’s meetings with Kim Jong-un possible, speaks to the same effect.