Iran sent a drone to Israel, Israel may have responded by blowing up the entire facility where the drone came from 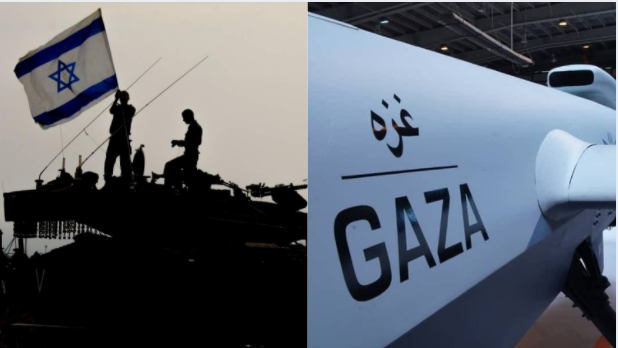 In the Israel-Hamas conflict, while Hama lost miserably, the bigger loser has been Iran. On the one hand, it lost the opportunity to gain a favourable outcome in the discussion leading to a nuclear deal and on the other hand, it got a tight slap from the Israeli military for trying adventures with drones. As per news reports, a complex that houses a factory that makes Iranian drones has suffered a major explosion days after Israel had claimed that Iran was providing drones to Hamas in Gaza.

At least nine employees were wounded in a blast at a petrochemical factory in Isfahan over the weekend. The Sepahan Nargostar Chemical Industries complex houses the Iran Aircraft Manufacturing Industrial Company (Hesa), which manufactures a variety of aircraft and drones for Iranian and pro-Iranian forces. There was no independent proof of the explosion’s cause or the exact factory that was struck. Iran has not given details on the incident’s origin, but Israel has shown no reluctance in the past to carry out what it considers to be retaliatory actions within Iran.

The Israeli prime minister, Benjamin Netanyahu, on Thursday, showed the remains of what he described as an Iranian drone that was downed on Tuesday after crossing from Iraqi or Syrian airspace.

Iran believed that if only it could cripple Israel through Hamas, it could bargain with the US to drop the sanctions on it. But Hamas has been pounded like never before. Now too, although a ceasefire is in place, one misstep by Hamas would lead to Israel resuming its bombing over Gaza, and might even roll in its ground troops into the strip this time around. After 11 days of devastating Hamas, Israel has entered into a ceasefire from a position of strength. Also, it has gained a lot out of the fighting. It has sent across a message to the entire world – that the Jewish nation is willing to stand up to and destroy any entity which seeks to cause harm to it and its people.

Read more: Israel-Gaza war: Iran had the opportunity to get sanctions lifted but Netanyahu had other plans

The losses for Hamas have been unprecedented. Yet, in order to save their face, both Hamas and Iran have been pretending to celebrate their ‘victory’ over Israel. The reality, however, is that after pounding Hamas and setting back its strength by multiple years, Israel is getting its military arsenal replenished by the United States almost instantly. However, the fake celebration did not last very long and as Iran sent a drone to Israel, Israel may have responded by blowing up the entire facility where the drone came from.

‘Defund the Police, shut down city jail,’ St. Louis Mayor orders even as criminals bring the city to a bloody halt