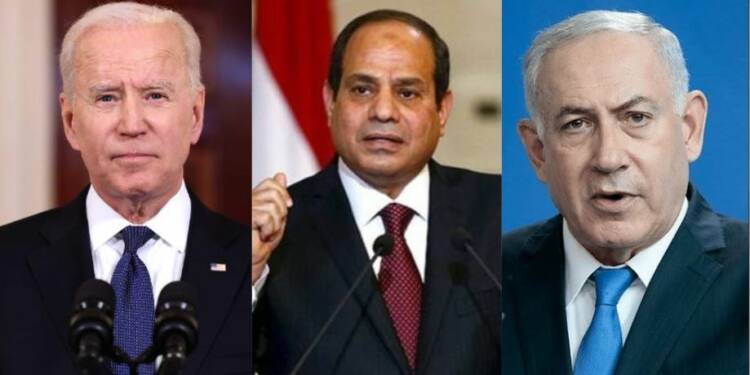 The phrase that ‘never lose a good crisis’ is best suited for the way in which Egypt used the just concluded Hamas-Israel conflict. Joe Biden had earlier threatened that there would be “no more blank checks,” warning Egyptian President Abdel Fatah al-Sissi of a change in foreign policy approach towards Egypt. Biden didn’t even call Sissi in the first four months of his presidency, an extraordinary snub of a major Middle East ally. While Biden tried to make all the Middle Eastern influence of the USA built in a vast span of time go to the dumps, Egypt used the current conflict to make sure that the USA remains and come further closer to Egypt.

As the Israeli-Palestinian conflict erupted again Sissi seized an opportunity. Egypt is one of the only regional powers that has close contacts with both the Israelis and Hamas, the militant group governing Gaza, relationships nurtured carefully over the years. On Thursday, Israel and Hamas agreed to a cease-fire that Egypt had a key role in brokering. For many analysts and diplomats, the only clear winner of the latest conflagration between Israelis and Palestinians appeared to be Sissi.

“Facing statements about the declining importance of Egypt in Middle East politics, President Sissi has shown that Egypt and he himself are important,” said Mustafa Kamel el-Sayed, a political science professor at Cairo University. “He demonstrated to the U.S. that he could be an effective actor on the Middle East scene.”

Earlier this year, Egypt’s Energy Minister Tarek el-Molla visited Israel to meet PM Benjamin Netanyahu. Together the duo discussed the volatile region of the Mediterranean and how the discovery of natural gas in the region was an “amazing opportunity” for cooperation between Israel, Egypt, and other countries on energy and other matters.

Meanwhile, Tarek also became the first Egyptian minister to visit Israel since foreign minister Sameh Shoukry met with Netanyahu in 2016. While the visit can merely be seen from the optics of a routine diplomatic meet, its implications are far wider than what is being projected. By banding together as one, Israel and Egypt had sent a stern message to American President Joe Biden. And now as the things went out of the hands of the USA, Egypt leapt on the opportunity to score a point over Biden.

After the cease-fire announcement, Biden expressed his “sincere gratitude” to Sissi and his mediation team for playing “such a critical role in this diplomacy.” Hours earlier, during a phone call, Biden and Sissi agreed to “stay closely in touch,” according to a White House statement.

Other European and regional leaders also called Sissi in appreciation — a nod to Egypt’s decades-old position as a stabilizing force in the Middle East even as Sissi’s regime is widely considered the most repressive in Egypt’s modern history.

“I believe the only real winner of this round of violence was Egypt and its president [Sissi] who got a call long awaited for,” tweeted Mohamed Elmenshawy, a columnist for the Egyptian daily Al Shorouk News, referring to the conversation with Biden. “All other parties ended up winning nothing.”

All in all, Egypt was successful at reaping the benefit from the crisis, and something which Iran was not able to do. Egypt has successfully used the Israel-Hamas ceasefire to bring itself closer to the US.